Colorado Springs residents have a choice of supermarkets for groceries, service stations for fuel and restaurants for dining out.

By early next year, they could have increased choices for high-speed internet services, including up to three fiber-optic providers.

Underline Infrastructure, MetroNet and Colorado Springs Utilities all have announced plans since October to build fiber-optic networks across the city that will provide internet (both upload and download) speeds of up to 10 gigabits-per-second, or about 10 times the top speed now available from the area’s two current providers.

At the same time, those providers, Comcast and Lumen Technologies’ CenturyLink unit, also are expanding and upgrading their local networks to provide “multi-gigabit” download and upload speeds.

“It is a gold rush — if one gas station builds on a corner, a competitor wants to build across the street on another corner. The competitive threat is a big motivator” for fiber operators, said Gary Bolton, CEO of the Fiber Broadband Association, which represents more than 400 fiber network operators, vendors and suppliers. “Broadband (high-speed internet service) is critical to everyone.”

While other cities have multiple providers offering internet access networks that use fiber extensively, Colorado Springs would be the nation’s first metro area with three competing fiber networks under construction at the same time, along with two existing broadband networks.

But a wealth of choices won’t necessarily guarantee success for fiber-optic providers. In fact, it could lead to financial disaster for one or more of them, industry analysts say.

“Two providers makes a good market,” Chaplin said. “If there is a third provider, no one will make money.

“Each network has a substantial cost to build and operate,” he said. “It sounds fantastic for consumers — both households and businesses will benefit in the short term. But it could be very bad in the long term if no one makes money. They will either go out of business or service will suffer. It is insanity.”

Ray Gifford, managing partner in the Denver office of law firm Wilkinson Bauer Knauer and former chairman of the Colorado Public Utilities Commission, said that two broadband providers in a market “is a party, three is a crowd and four or five is unbelievable.”

A five-way competition, he added, will lead to “cutthroat competition and eventually to failure of multiple networks.”

Comcast and Lumen can upgrade their networks to speeds rivaling fiber networks at a fraction of the cost of building a new network, Gifford said. That means they will have networks offering similar speeds to the fiber networks at much less cost, giving them a major competitive advantage.

Elliot Noss, CEO of Ting Internet and its Canadian parent company, Tucows, isn’t convinced all three networks will be built. Ting signed a 25-year lease in January valued at $593 million to become the “anchor” tenant on the Colorado Springs Utilities fiber network.

“I am not aware of any other city with three (competing) fiber networks,” Noss said. “But let’s see — a lot of things have been announced all over the country. When I see houses in Colorado Springs that can order services from all three networks, I’ll believe it. If and when that happens, you will see more competition, better pricing and sharper (more reliable and faster) service from all three. If that is the case, the whole country will be watching.”

Noss doesn’t know whether Colorado Springs can support all three networks as well as existing providers Comcast, Lumen and others who serve parts of the city and surrounding area.

The battle for customers, he said, won’t be waged citywide but block-by-block and neighborhood-by-neighborhood with providers likely targeting different parts of the city when they begin construction.

“None of this (plans for other networks) changes the excitement we have about what is going on in this city, although it is always good to be first (into a market),” he said. “All of this just confirms what we have been saying about this market all along. There is room (in the market) for more than one of us.”

Kris Smith, a Monument resident and MetroNet’s government affairs director, said the company welcomes competition and often vies with two other broadband providers for customers. MetroNet’s network also will be completed four years before the Colorado Springs Utilities network is finished, she said.

“Anytime you increase competition, you bring better prices and service. That is what we want to bring to Colorado Springs,” Smith said. “We are building our network in two years, versus six for Utilities.”

Ben Kley, president of StratusIQ, which provides fiber-optic service in parts of Colorado Springs and El Paso County and will offer service on Underline’s network, said local demand for broadband service is strong.

“No one buys more than one internet” connection, he said. “We feel we have been successful in our niche market for some time (providing local fiber-optic service since 2007). It costs a lot of money and it is very difficult to build, reach and serve customers on a fiber network. It will be very interesting to see how everyone else (competitors) executes” their plans in Colorado Springs.

Fiber-based networks are available to about 40% of the nation’s households with that percentage expected to nearly double during the next five years, according to the fiber trade group.

Fiber providers are unveiling plans to build networks in cities across the nation, fueled by demand for faster internet access and a flood of investment in such networks by private equity firms, venture capital funds and others seeking to cash in on that demand, said Noss, the Tucows and Ting Internet CEO.

Those investors see much of the U.S. as ripe for such investment since fiber networks already serve major industrialized parts of Asia, Europe and Canada, he said.

Fiber providers began looking to expand to Colorado Springs during the early stages of the COVID-19 pandemic, when internet usage surged and existing networks were strained by many residents suddenly working, learning, shopping and getting entertained from home through their internet connection.

Underline began construction of its $100 million network in October and formed partnerships with four internet service providers, including StratusIQ, to sell access to that network to consumers and businesses. Stratus, formerly known as Falcon Broadband, also operates is a separate network with 4,000 customers in northeast Colorado Springs and areas north and east of the city.

The company hopes to connect the first customers in or near downtown to its network next month and finish the first phase of construction in central Colorado Springs by late this year with two more phases of construction planned in 2023 and 2024.

Company spokeswoman Eva Arevou said Underline hopes 40% of the 28,000 homes and businesses in neighborhoods served by the initial phase of its network will sign up for its service.

“This market is underserved for internet access. In this country, access to the internet needs to be fast, affordable and fair. None of those three exist today in Colorado Springs,” said Thompson, the Underline CEO.

Utilities is building a 2,000-mile network over six years that will pass every home the city-owned enterprise serves to better control its electric, natural gas, water and wastewater systems.

The network will include excess capacity that Utilities will lease to Ting and possibly other providers — Google Fiber said in March it wants to also lease space from Utilities but hasn’t yet reached an agreement — who will offer internet access to residential and business customers. Construction is expected to begin this summer on the Utilities network.

MetroNet began discussions with city officials last summer and announced plans March 31 to spend $130 million building a citywide fiber network during the next 2 to 2½ years.

The company, funded by private equity giant KKR, will operate the network and sell internet access directly to customers, unlike Underline and Utilities. MetroNet plans on starting construction on the network in early summer and connect its first customers early next year.

“Colorado Springs is an underserved market and we are bringing a new and better choice with fiber,” said Smith, the MetroNet executive.

“Fiber gives you a dedicated connection,” she said. “Five years ago, most people had one or two devices connected to the internet. Now we have 20-plus, so the issue is not only speed but bandwidth and reliability. With all the connected devices, you experience a degradation in service. That is the key piece Colorado Springs is missing.”

Mountain View Electric Association plans to spend $190 million during the next five years to extend fiber-optic internet service capability to all 51,000 members in its eight-county service area, which includes parts of El Paso County. The Limon-based rural electric cooperative is working with Kansas City, Mo-based Conexon to build the 5,800-mile network.

Both Comcast and Lumen are investing heavily to upgrade their networks in Colorado Springs, along the Front Range and in other parts of Colorado.

Comcast has spent $1.3 billion since 2019 to upgrade its network across the state, which serves 2.2 million customers, including 254,000 in Colorado Springs, that have access to download speeds of more than 1 gigabit per second. Much of that funding has been spent installing fiber-optic lines to neighborhood connection boxes, or nodes, that are then connected to individual homes with traditional coaxial cable.

“We have had fiber in our Colorado Springs network for 10 years and we continue to push fiber closer to the customer,” said Bryan Thomas, Comcast’s vice president of engineering for its Mountain West region.

The company is in the early stages of upgrading its Colorado network to the newest cable internet technology that will deliver download speeds of 10 gigabits per second, which is available in some areas in or near downtown Colorado Springs and Denver.

Lumen spokesman Mark Molzen said the Louisiana-based company is making “significant investments in our network to bring broadband access to every coroner of our service territory where it is economically feasible.”

Cell phone giant T-Mobile also offers home internet service through its wireless network to about 25% of the Colorado Springs, though that service offers speeds of 35-115 megabits per second. Verizon offers a similar service offering much faster speeds in Denver and 67 other cities, but its 5G Home service is not yet available in Colorado Springs, according to the company’s news releases.

A company spokeswoman said Verizon is “rapidly expanding” the service, but declined to say when it would be available locally.

Mon May 9 , 2022
Feel uneasy answering the door when you don’t know who’s there? Get visitor notifications before the doorbell even rings with the Door Ringer. Know exactly who’s at the door, wherever you are, with the Door Ringer Wi-Fi video doorbell. This practical gadget is completely wireless and allows you to hear, […] 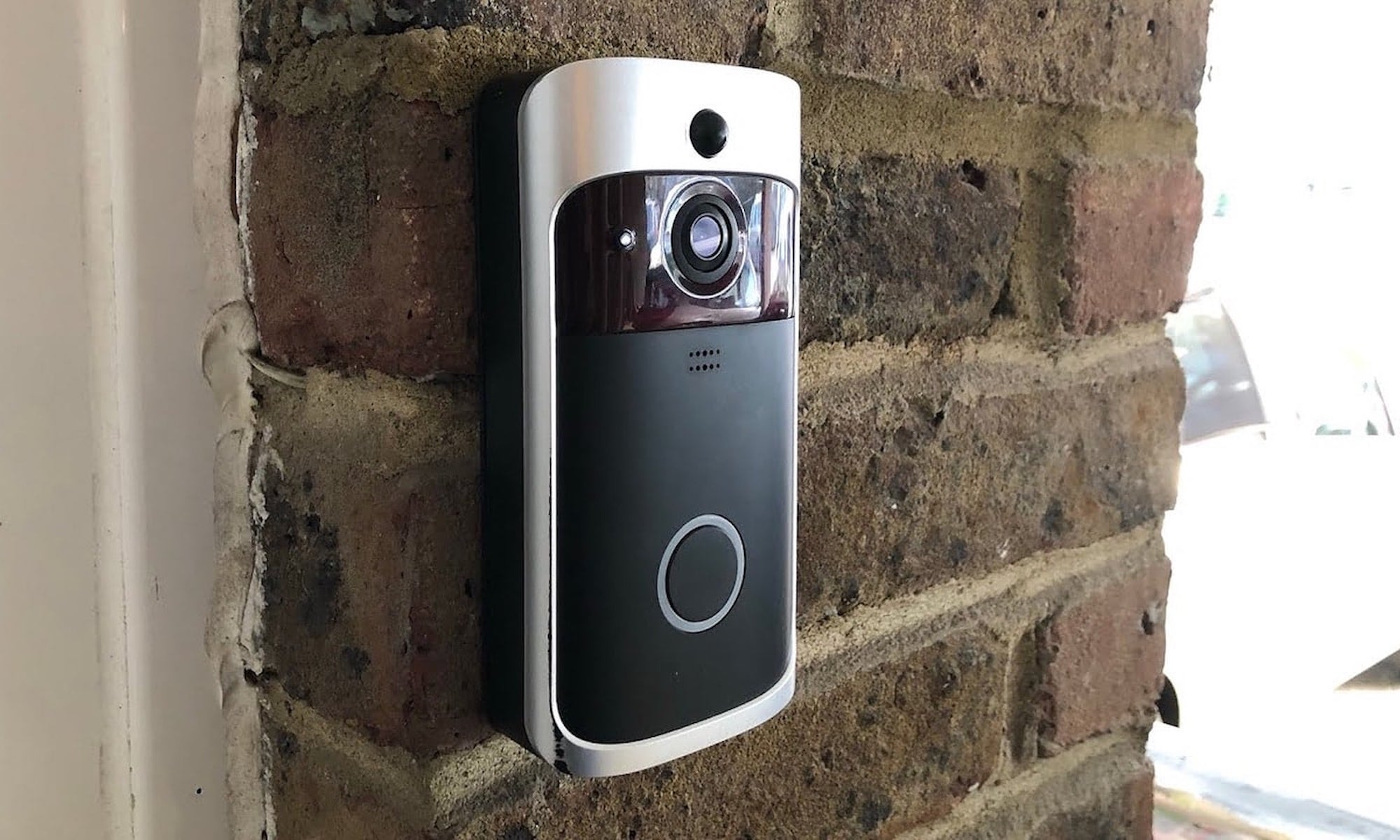