A WiFi router is a device that routes traffic from a modem to offer a wireless network connection. The router transfers information from the internet to your devices through a wireless signal, allowing them to join the network.

Having one of the top Wi-Fi routers in your home is a must in today’s online world, and it’s the most straightforward approach to improving your home network. A new router may make the laptops, smart TVs, game consoles, and doorbell cameras in your house appear much faster. Not only will your Wi-Fi connections be faster, but many new routers also include network security, app-based settings interfaces, and simple parental controls.

Take a look at the top 9 WiFi routers out there to get the best of a faster and more convenient internet connection in your living space.

Top performance and enhanced security go hand in hand with the Netgear Nighthawk AX8 (RAX80) Wi-Fi 6 router, which combines throughput that breaks through the gigabit per second barrier with malware protection. It has a 90-foot range as well, but performs better at distances of 50 feet, making it more suitable for medium-sized homes. The Netgear Nighthawk AX8 (RAX80) is the Wi-Fi-6 router to get if you don’t want to compromise on speed or security in almost any way.

For up to 30 smart home devices, the RAX80’s 8 WiFi streams provide outstanding performance and stability. WiFi speeds of up to 6Gbps will allow you to download, stream, and transfer 5 times quicker than before. Moreover, The Nighthawk App makes it simple to set up your router and get more out of your WiFi, with features like Internet speed testing, remote network access, internet stop, and more.

The Google Nest Wifi system is a simple-to-install mesh Wi-Fi system. With coverage up to 4,400 square feet, Nest Wifi routers work together to cover your entire home in fast, dependable Wi-Fi and eliminate buffering in any room, on every device.

Each mesh extension of the Nest WiFi system includes a Google Home smart speaker, offering you one of the finest voice assistants throughout the house as well as a strong wireless connection. Nest Wifi routers can support up to 200 connected devices and are fast enough to stream multiple 4K videos at the same time.

If you’re tired of your game’s performance being slowed by virtual private networks, ROG has the solution. The ROG Rapture allows you to use a VPN and a regular internet connection at the same time.

A good connection to your gaming server is crucial when it comes to ranking. Before you play, you can use Game Radar to verify ping times to several servers. The ROG Rapture GT-AX11000 additionally opens 15 channels in the least-congested 5GHz bands thanks to dynamic frequency selection (DFS). Most importantly, its Tri-band networking allows you to concentrate one 5GHz band just on gaming, avoiding bandwidth conflict with other devices on your home network.

Archer’s WiFi 6 technology brings new levels of speed, performance, and capacity to your home. With speeds up to 6.6 Gbps and a powerful 1.5 GHz CPU, the Archer AX90 delivers the best 4K/8K streaming and gaming experience possible, even with all of your smart home, mobile, and other connected devices on your network.

In addition to the incredible WiFi speeds, the Archer AX6600 allows your gadgets to work at their best. With 1x 2.5 Gbps WAN/LAN port, 1x Gigabit WAN/LAN port, and 3x Gigabit LAN ports, you can take full use of internet plans up to 2.5 Gbps. With groundbreaking OFDMA and MU-MIMO, the Archer WiFi 6 router distributes data to numerous devices at the same time, allowing the entire family to connect more without slowing down.

Depending on exactly what you need, TP-Link welcomes you with another gem, Archer AX6000. The router also stands out with WiFi 6 technology and enhances WiFi speeds to 1148 Mbps on the 2.4 GHz band and 4804 Mbps on the 5 GHz band thanks to its 1024 QAM, OFDMA, and 160 MHz Channel Support.

TP-Archer Link’s AX6000 router leads the way for Wi-Fi 6 routers that are as good with wired devices as they are with Wi-Fi, with eight wired networking ports and the option to pair two together to produce a 2Gbps data stream. It optimizes packet delivery using OFDMA and BSS color technology to reduce wait time and interference, boost channel usage, and increase efficiency.

With the Linksys Max-Stream AC2200 MU-MIMO WiFi Tri-Band Router, you can improve your Wi-Fi speed and experience faster wireless connections. This tri-band router is ideal for households with frequent WiFi use since it provides combined speeds of up to 2.2 Gbps for lag-free entertainment and productivity.

MU-MIMO technology is built into the router, allowing your entire family to stream, game, and do other high-bandwidth operations at the same time and at the same pace. MU-MIMO (Multi-User Multiple-Input Multiple-Output) technology allows you to stream 4K video, browse the Internet, and play online games as if each of your devices had its own dedicated Wi-Fi router. The EA8300 has four Gigabit Ethernet ports, allowing wired connections to be up to 10 times quicker than ordinary Ethernet.

The Nighthawk R7350 offers up to 2400Mbps MU-MIMO WiFi speed for gaming, allowing many devices to stream data simultaneously. It also has a sophisticated Quality of Service (QoS) system for lag-free gaming and uninterrupted video streaming.

With its high-power amplifiers and external antennas, it can extend the range of your connection for better connectivity. Improved WiFi performance with Beamforming+ on both 2.4 and 5GHz devices is a plus. Last but not least, the dual-core processor allows for seamless 4K UHD streaming and gaming. It has four Gigabit Ethernet LAN ports, allowing you to connect more wired devices for faster file transfers and more stable connections. You can effortlessly set up your router and get more out of your WiFi with the Nighthawk App, which gives you access from anywhere to manage your network while you’re away from home.

With coverage up to 5,500 sq. ft., the ZenWiFi ET8 is a whole-home mesh WiFi 6E system that combines incredibly fast and robust wireless networking performance with simple configuration and aesthetic design. ZenWiFi ET8 brings mesh WiFi to a whole new level with drastically enhanced coverage, speed, and stability thanks to the latest WiFi 6E technology. The best part is that its Instant Guard feature allows you to connect to the internet with ZenWiFi ET8 from anywhere in the world with a single click.

More than 120 devices on your network can benefit from the Linksys Velop WiFi 6 Whole Home Mesh System (MX12600), which provides next-generation streaming and gaming. It provides a stable connection that allows users to broadcast, play games, and video chat without interruption.

Intelligent Mesh Technology provides whole-house coverage that may be readily expanded by purchasing more Linksys Intelligent Mesh units. MX12600 is a must-have improvement for any home, thanks to its simple setup, advanced security, and parental controls. The Linksys app makes it easy to set up your network, gives you remote access to your network, and lets you see or prioritize which connected devices are using the most WiFi.

Interesting Engineering is a participant of the Amazon Services LLC Associates Program and various other affiliate programs, and as such there might be affiliate links to the products in this article. By clicking the links and shopping at partner sites, you do not only get the materials you need but also are supporting our website.

Wed Mar 2 , 2022
Photo: Shutterstock Catch up on the latest Chicago tech news before the month closes out. News this past week included partnerships, accelerators and more. This is the Built In Chicago weekly refresh.  Beam Global to acquire AllCell Technologies. Beam Global provides sustainable technology for electric vehicle charging — such as solar-powered charging — and technology for energy security […] 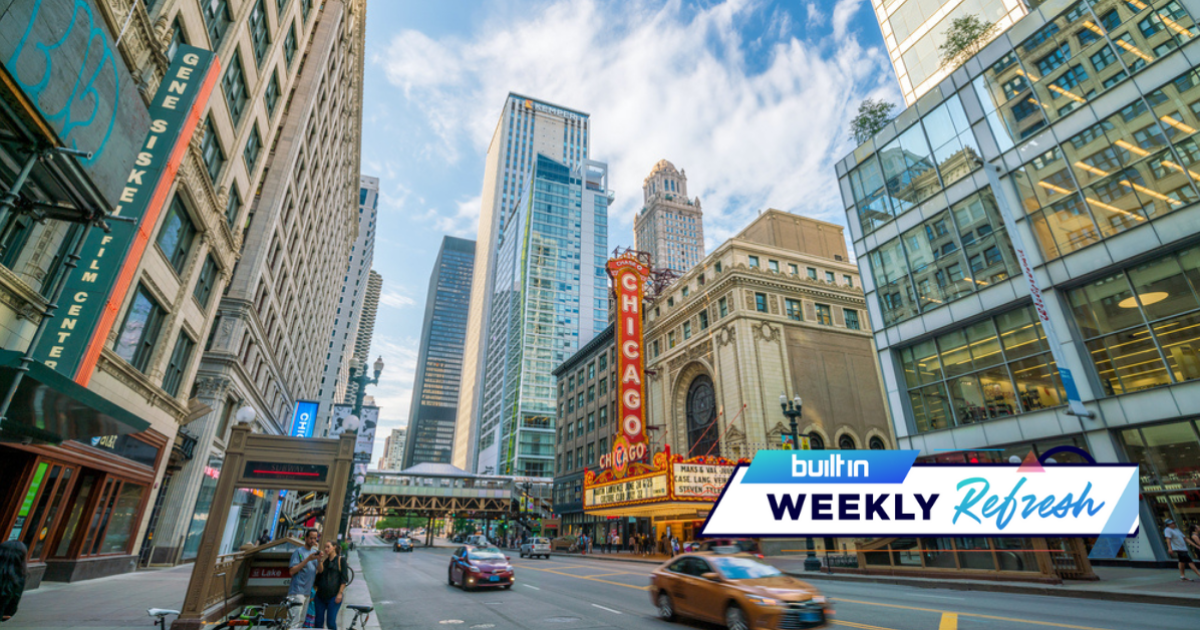