The theme of the past couple of years in Silicon Valley has largely been one of exodus, which continued this year with companies like Slack and Robinhood pivoting to remote work policies. The familiar perks that come with those offices are also slowly being put into question, with Meta doing away with laundry service and the architect behind Google’s campus speaking out about the dangers of its all-inclusive nature.

Crypto has also dominated news cycles, from startups utilizing the technology for novel uses like air monitoring to local companies running confounding Super Bowl ads. Streaming services have become obsessed with startup horror stories. CEOs have not exactly been on their best behavior, major computing companies have been besieged by hackers and perhaps most notably, Elon Musk has leveled up from Twitter troll to Twitter king.

Here are all of SFGATE’s best tech stories of 2022 so far, which we’ll be updating throughout the year.

“In a 45-minute interview at the TED2022 conference in Vancouver, Elon Musk had a lot to say.

“Whereas the mercurial tech entrepreneur most often speaks in short tweets, today he spoke with TED host Chris Anderson about everything from sleeping on the floor of the Fremont Tesla factory to how he hopes to save democracy with a hostile takeover of Twitter.”  — Dan Gentile, read more

“The owner of a San Francisco-based venture capital firm apologized after his company faced a social media backlash for requiring job applicants to take an online IQ test.

“Aneel Ranadive, the founder of Soma Capital and the son of Sacramento Kings owner Vivek Ranadive, posted the mea culpa on Twitter after screenshots of a Soma job application with the IQ test requirement circulated online.” — Joshua Bote, read more

“A major Silicon Valley microchip manufacturer has been hit by a cyber attack which one insider told the Telegraph, which first broke the news, ‘completely compromised’ the tech firm’s internal systems.

“Nvidia, headquartered in Santa Clara, was first affected Wednesday, when its email system and developer resources went down following what the Telegraph reported to be a malicious network intrusion.

“Since then, it appears that parts of Nvidia’s email system has returned, the Telegraph reported, but the company has yet to reveal any specifics about the cyber attack. It is unclear if any customers are affected.” — Joshua Bote, read more

“The list of famous people who have [been to Phone Booth] is long and eclectic. I mean sure, we all expect John Waters to have drank at the Phone Booth (he’s done so twice), but so have Chloe Sevigny, Michael Fassbender, Spike Jonze, Michael Stipe, Andy Samberg, Hope Sandoval and many more.

“‘So, Mark Zuckerberg has been here,’ [the owner] Steve tells me during my third drink, ‘which was a fiasco.’” — Stuart Schuffman, read more

“Vishal Garg, the contentious founder of the digital mortgage lending service Better.com, has been reinstated as CEO following his brutal mass layoff of about 900 employees right before the holidays last year via Zoom.

“In a letter sent to employees Tuesday evening obtained by SFGATE, Garg confirmed his return ‘to work full-time at Better’ and apologized to staff for his indiscretion.” — Joshua Bote, read more

“Google told employees Wednesday that its voluntary-work-from-home period, which has been in place for two years ago, will end April 4, a company spokesperson told SFGATE.

“Employees in the San Francisco Bay Area and some of its other offices in the U.S., U.K. and Asia Pacific will be required to come to work in person three times a week. Employees can have two days of remote work.

“‘We plan to use the month of March to help employees transition to their new routines and then aim to be fully functional in our hybrid working approach by April 4,’ Google said.” — Amy Graff, read more

“An engineer for Meta, Facebook’s parent company, with a self-reported total compensation — or TC, which includes salary, stock options and other benefits — of $850,000 took to the anonymous job forum Blind to complain about the perks, or lack thereof, that awaited their return to the office.

“Aside from complaints about restrictions on free dinners, downturns in the market leading to a $200,000 reduction in his TC and cut ‘childcare reimbursements,’ the poster lamented the loss of laundry services provided by Meta.” — Joshua Bote, read more

“Celebrated architect Clive Wilkinson, in an interview with NPR, decried the pervasiveness of the all-inclusive tech office — despite having helped build Googleplex, arguably the definitive tech campus.

“He argues that offering workers everything they need in a singular site blurs the line between work and non-work, a line that has been obliterated during the course of the pandemic. It also stifles creativity.

“‘Work-life balance cannot be achieved by spending all your life on a work campus,’ Wilkinson told NPR. ‘It’s not real. It’s not really engaging with the world in the way most people do.’” — Joshua Bote, read more

“The Oakland-based company [Bandcamp], which also operated a physical record shop and performance space on Broadway pre-pandemic, has one of the few artist-friendly distribution models in the industry. Although you can stream tracks for free, the site tries to steer the listener toward purchasing music, either digitally or as physical media, with an average of 82% of the net revenue going directly to artists.

“So the music industry internet let out a collective gasp when it was announced Wednesday morning that Epic Games, the company behind Fortnite, Gears of War and Unreal, has acquired Bandcamp. The deal was announced by Bandcamp CEO and co-founder Ethan Diamond in a blog post that was short on details but stressed a shared vision with Epic of building ‘the most open, artist-friendly ecosystem in the world.’” — Dan Gentile, read more

Slack to sublease 200,000 square feet of office space in move to ‘digital-first’ work

“The corporate messaging platform service Slack is no longer the holder of one of the largest office space leases in San Francisco, reported the San Francisco Business Times on Wednesday.

“The tech company is subleasing its space on 45 Fremont St., which spans more than 200,000 square feet, just three years after it moved into the space around the time of its IPO. The San Francisco Business Times ranked the lease the fifth largest of 2019.

“Another Silicon Valley tech company is joining the ranks of Dropbox and Adobe in pivoting almost entirely into remote work.

“Robinhood, the Menlo Park-based stock management app most notorious for its place in the GameStop short selling frenzy of last year, announced Wednesday in a blog post that it would ‘be staying primarily remote’ going forward.

“‘Our teams have done amazing work and built a strong workplace community during these uncertain and challenging times, and we’re excited to continue to offer them the flexibility they’ve asked for by staying primarily remote,’ the company said.” — Joshua Bote, read more

“Unless you’ve been living under a yellow-checkered rock lined with cracked black vinyl and a credit card machine that mysteriously doesn’t work, you’ve likely heard of Uber.

“The ride-hailing company that disrupted the taxi industry has become a household name. Its rise and many falls was recounted in a 594 page best-seller by New York Times journalist (and San Francisco resident) Mike Isaac, which lends its title to Showtime’s new startup drama ‘Super Pumped: The Battle For Uber.’” — Dan Gentile, read more

“At long last, the verdict in Elizabeth Holmes’ Theranos trial is in. The infamous Silicon Valley huckster was found guilty of two counts of wire fraud and two counts of conspiracy to commit fraud (she was acquitted on a handful of other charges) and now faces up to 20 years in prison for each count.

“As you can imagine, Twitter was ablaze with its typical deluge of hot takes and observations, but it wasn’t the only over-active corner of the internet following the trial verdict.

“Over on eBay, a microeconomy of Theranos-branded swag exploded in the wake of the jury’s announcement (special shout out to Washington Post tech culture reporter Nitasha Tiku for tipping the trend on Twitter).” — Brian Boyle, read more

“As the COVID-19 pandemic finally wanes, Salesforce is luring its employees away from Zoom and back to in-person meetings with an alluring ‘workspace’: a tranquil resort-like ranch with an infinity-edge hot tub and guided nature walks in the California redwoods.

“Across the globe, national governments and corporations have made sharp rebukes of Russia for its invasion of Ukraine. In the Bay Area, tech companies have also taken measures to sanction Russia and ensure their platforms aren’t being used as strategic tools of war. Here’s how each of these major companies has responded.” — Dan Gentile, read more

“Every Super Bowl is defined by its commercials, and this year, one of the clips that had everyone talking was predictably related to cryptocurrency exchange.

“Coinbase’s 60-second spot was simple. A color-changing QR code bounced around the black screen like a DVD screensaver (you know, the ones you’d watch for 15 minutes while you waited for the logo to hit one of the corners of the screen because it was so oddly satisfying?)” — Amanda Bartlett, read more

“Every summer as wildfire season approaches, everyone in the Bay Area becomes very aware of the air we breathe. We obsessively refresh websites like PurpleAir to tell whether it’s safe to open windows and compete to buy air filtering systems before they sell out.

“Running an air filter may give peace of mind, but it’s hard to tell whether they’re just scratching a hypochondriac itch. One company, called Planetwatch, aims to help people find out — and earn cryptocurrency in the process.” — Dan Gentile, read more 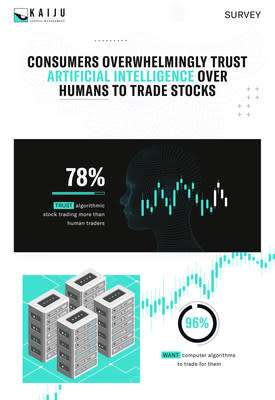