Apple’s latest Mac is a desktop powerhouse that can be outfitted with the company’s most powerful CPU yet: the newly announced M1 Ultra chip.

During Tuesday’s Apple event, the company debuted the Mac Studio, a compact PC that measures only 3.7 inches tall and 7.7 inches wide, making it look more like a Mac mini. But despite its small size, the product packs enough computing power to best Apple’s Mac Pro desktop rig from 2019. 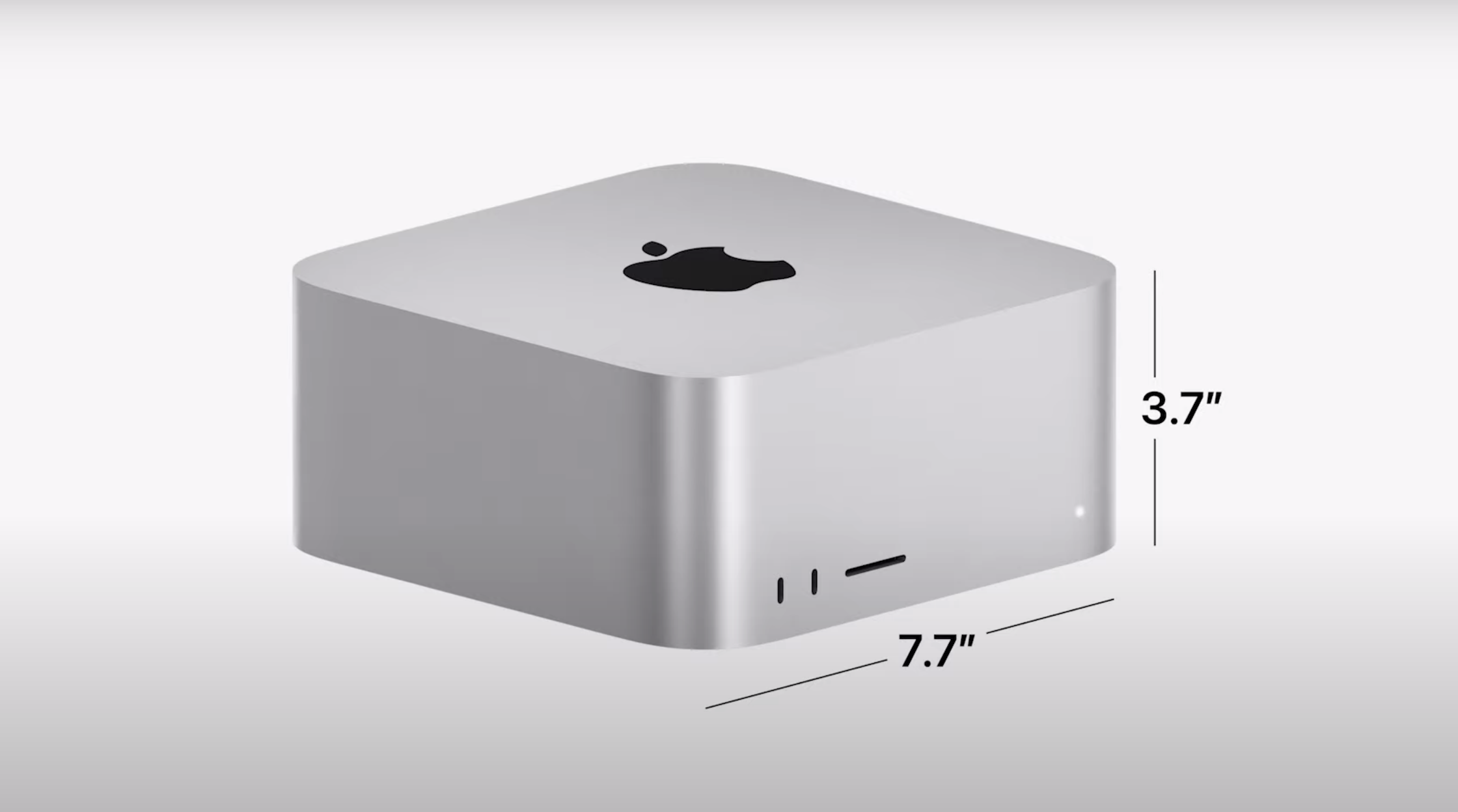 Perhaps the real highlight of the Mac Studio is the silicon inside. Buyers will be able to configure the product with the new M1 Ultra chip, Apple’s latest Arm-based processor for Macs, which promises to beat Xeon processors from Intel.

The M1 Ultra chip is essentially two M1 Max processors linked together through a die-to-die interconnect called UltraFusion, which allows the CPUs to communicate with each other over 2.5Tb/s of bandwidth. 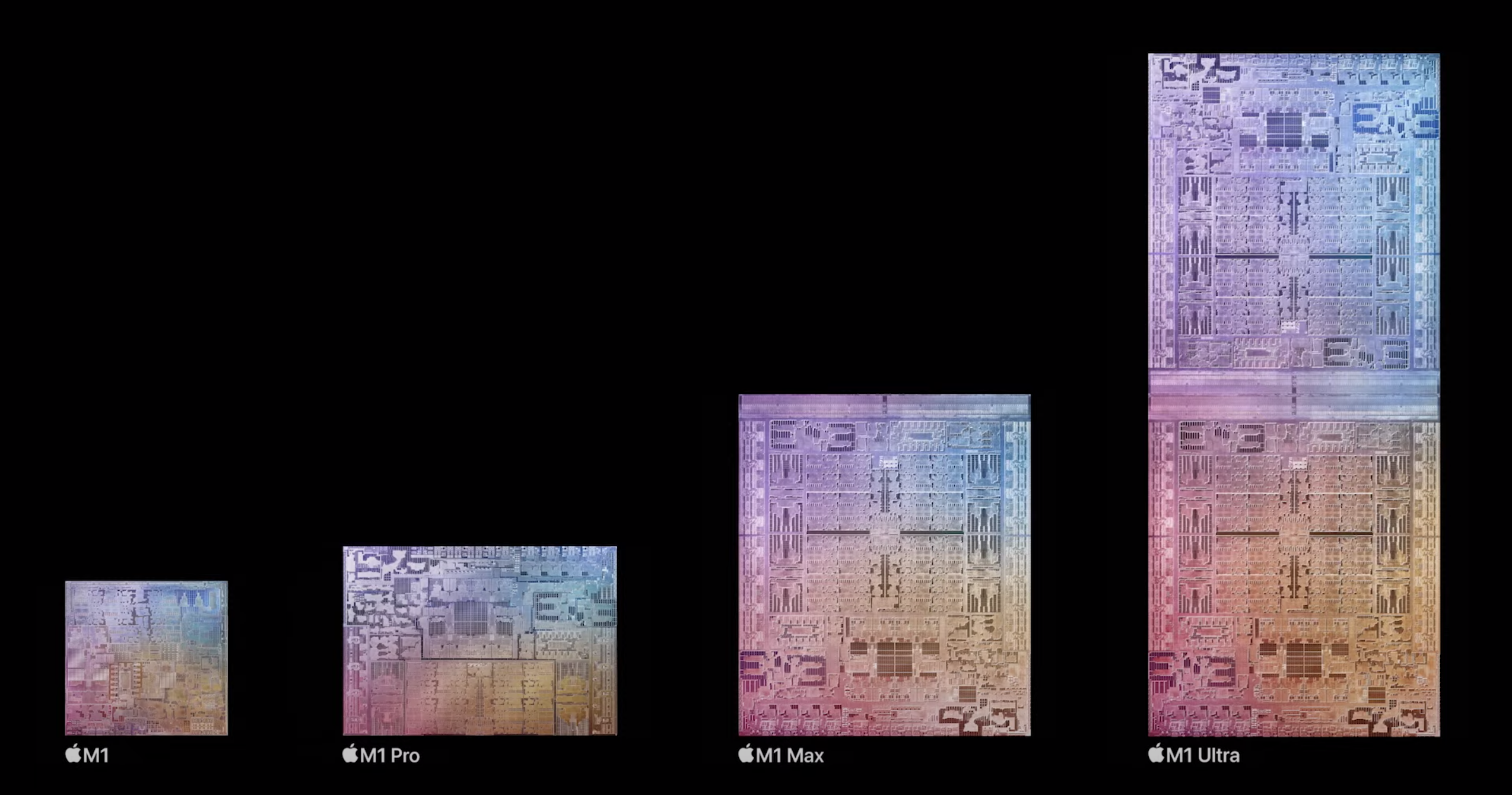 “This multi-die architecture is way ahead of anything in the industry,” claimed Apple SVP Johny Srouji. “Thanks to the UltraFusion architecture, it behaves like a single chip architecture.”

The resulting M1 Ultra has 20 CPU cores, a 64-core GPU, and 128GB of unified memory for both RAM and VRAM. “M1 Ultra has 114 billion transistors. That’s seven times more than the M1 chip. It’s the most ever in a personal computer chip,” Srouji added. 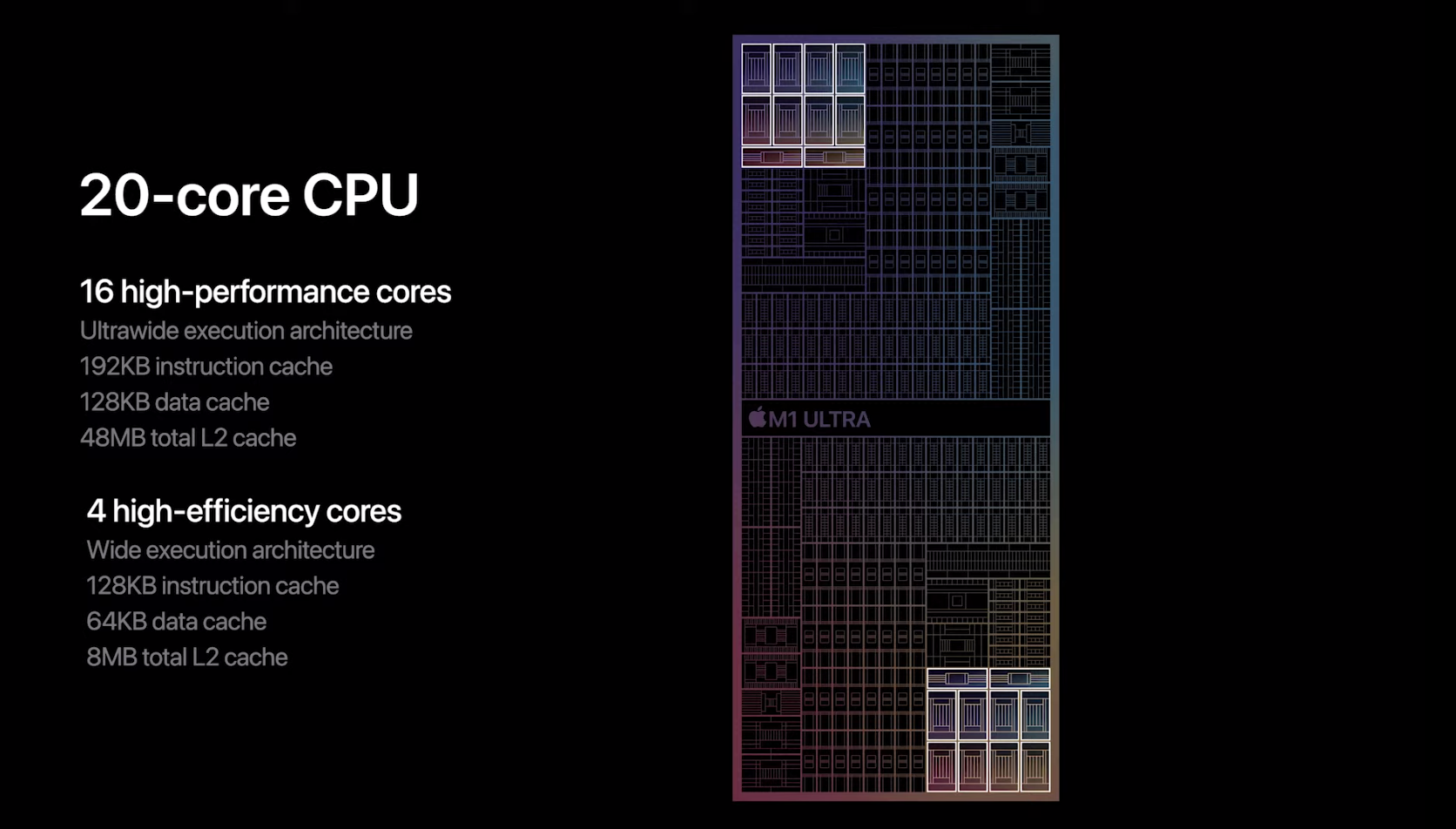 Apple also posted some benchmarks for the M1 Ultra, which show the processor providing 90% more performance at the same power level compared to an Intel Core i9-12900K processor.

The benchmarks also claim the M1 Ultra is up to 60% faster on CPU tasks than Apple’s 2019 Mac Pro when outfitted with a 28-core Intel Xeon processor. On the GPU front, the M1 Ultra can be 80% faster when compared to the Mac Pro’s AMD Radeon Pro W6900X graphics card. However, the benchmarks should be taken with a serious grain of salt since Apple didn’t specify how it tested the chips. 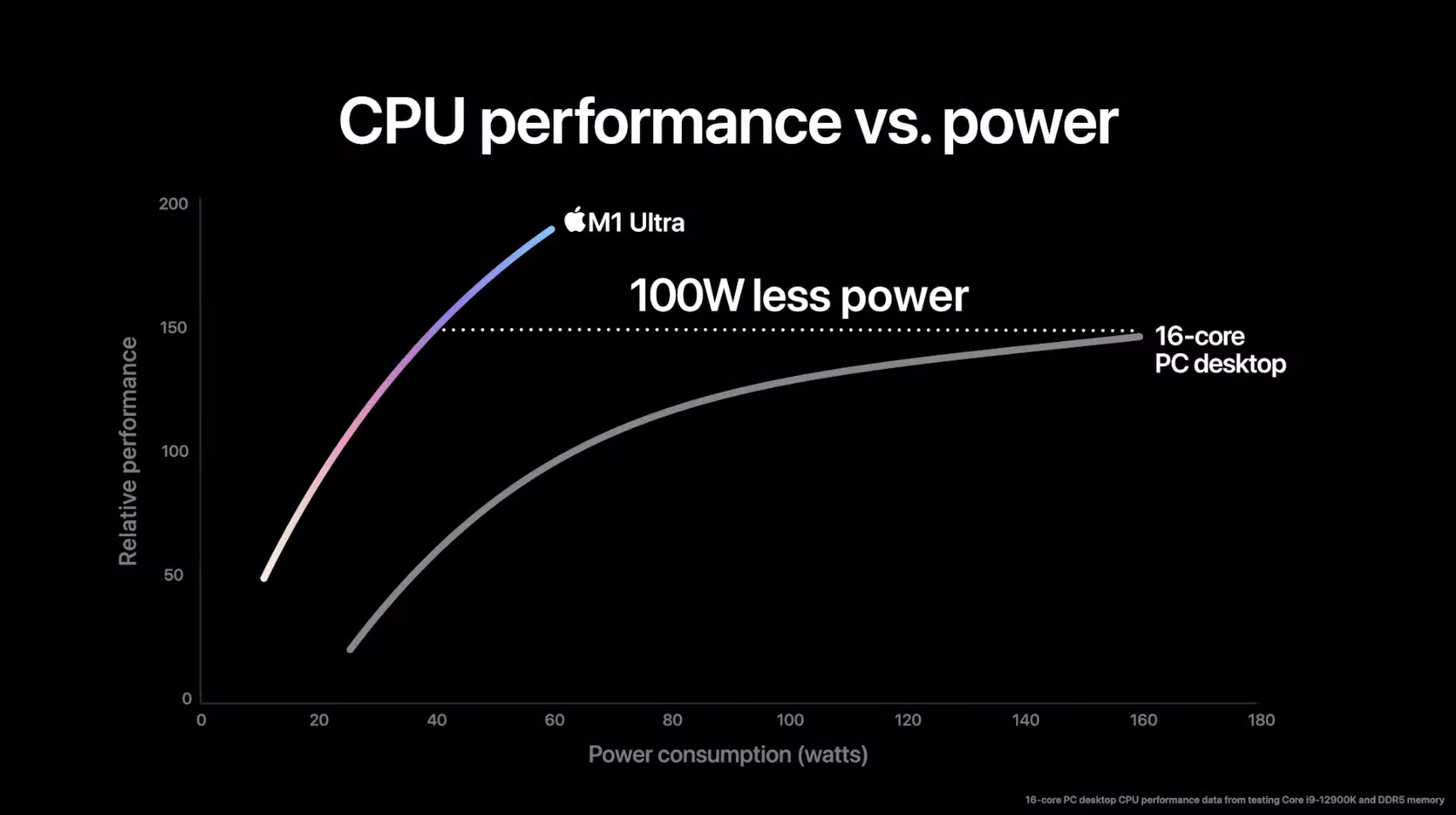 Access to the M1 Ultra chip won’t be cheap. The processor will be available in the new Mac Studio, but at a starting price of $3,999. For budget-conscious consumers, the Mac Studio will also be available starting at $1,999. But the product comes with the less powerful M1 Max processor, which first debuted in last year’s MacBooks.

Apple is marketing the Mac Studio to those who need a powerful machine capable of rendering 3D worlds or editing video streams, without slowdowns; think graphics designers, video creators, and engineers. 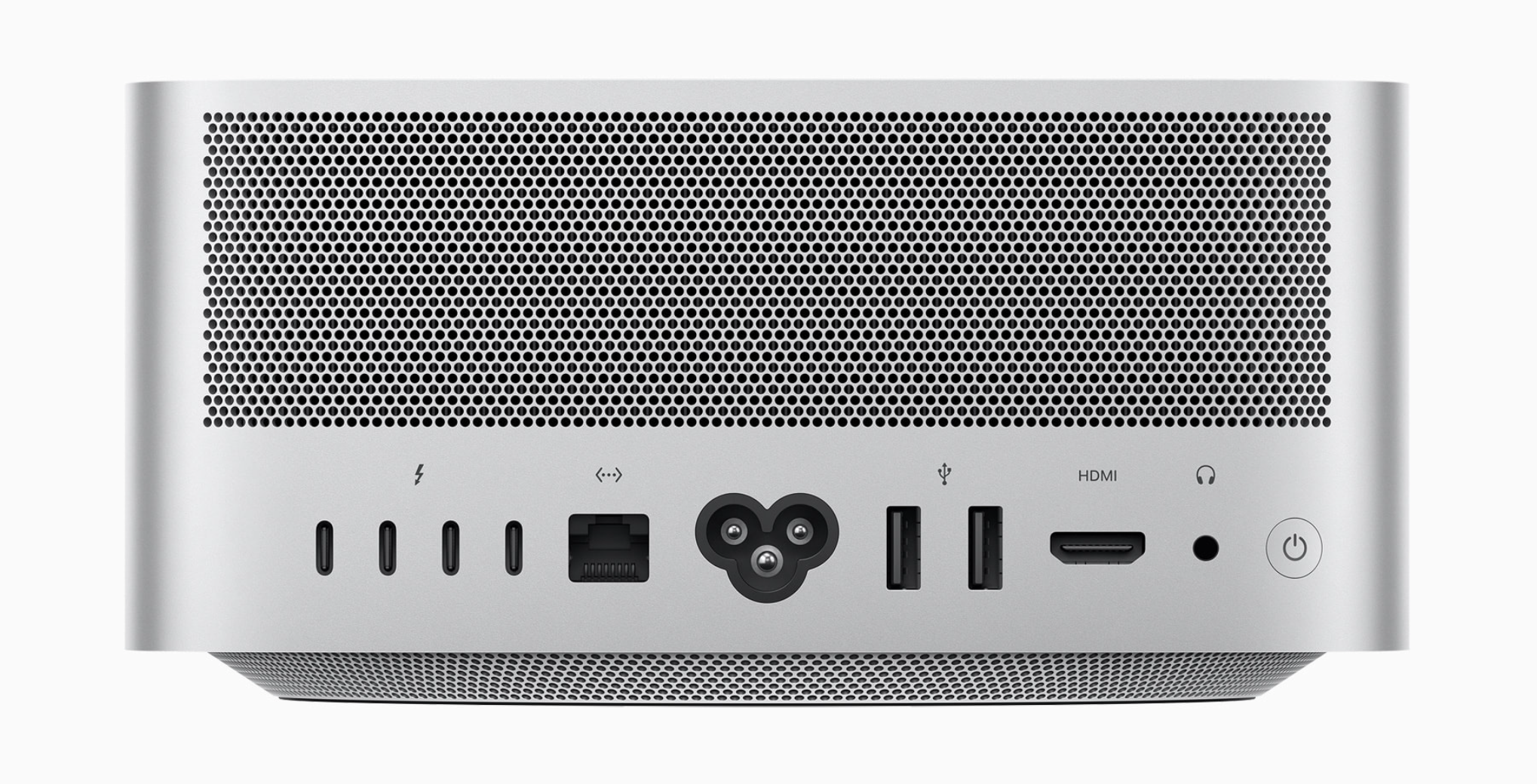 The company also made sure to design the product with plenty of ports. In the back is a 10Gb Ethernet port, four Thunderbolt 4 ports, two USB-A ports, HDMI and a headphone jack. The front, meanwhile, contains two USB-C ports and an SD card slot. (The M1 Ultra edition upgrades the front USB-C ports to Thunderbolt 4.) To keep the system cool, the Mac Studio relies on two fan blowers, but Apple says the hardware will still run quietly.

To complement the Mac Studio, Apple is also releasing a new 27-inch monitor called the Studio Display, which will start at $1,599. It features a 5K panel, a built-in 12-megapixel webcam, a six-speaker system and an A13 Bionic chip inside. Apple is marketing the monitor as the ultimate video-conferencing display. 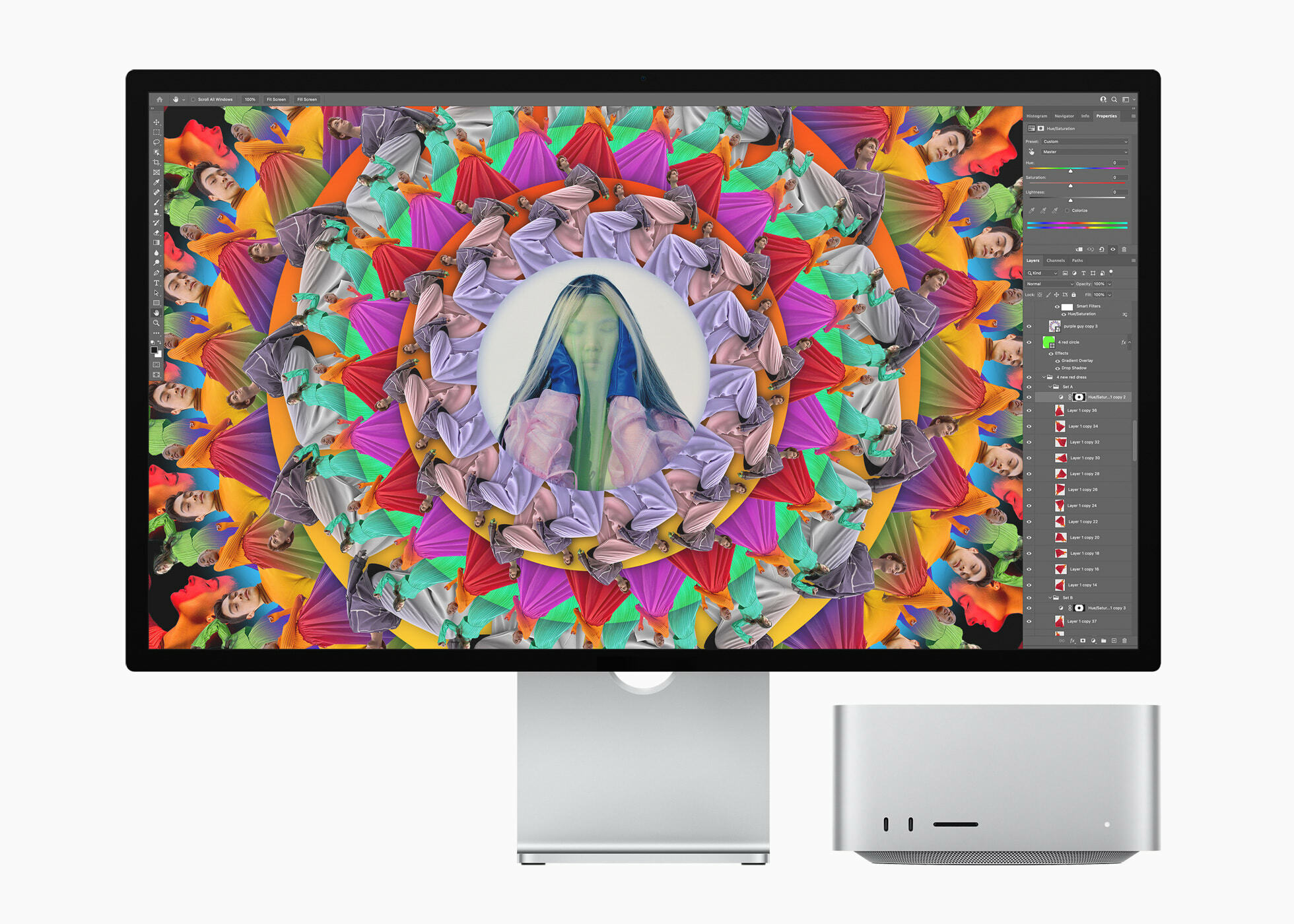 “Studio Display has three USB-C ports that deliver speeds up to 10Gb/s to connect high-speed peripherals, storage, and networking right into the display,” the company added. The monitor also includes a Thunderbolt port, which can deliver power to a connected MacBook.

The Mac Studio and Studio Display are on sale now and arrive March 18.

Sign up for our Weekly Apple Brief for the latest news, reviews, tips, and more delivered right to your inbox.

Where Does Recruiter.Com Group Inc (RCRT) Stock Fall in the Software 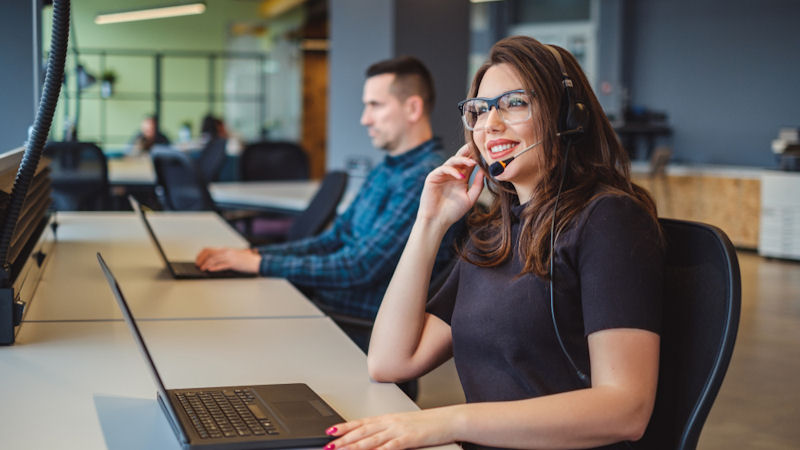