The Miami Dolphins seem to have enough gadget players on offense presently, but is there room for more?

The defense got to where it is now by collecting defensive backs mainly, sprinkled in with linebackers, defensive ends, and some safeties.

Now it is the offense that gets to be the collectors, we have seen the accumulation of running backs and wide receivers, and now it is time for more gadget players.

The more gadget players we see being collected, the more likely they will actually be put to use for a change. It won’t be just having a few around, talking up Jakeem Grant, and then not using him all that much.

There has never been a better fit for these types of players than what seems to be coming with this new Mike McDaniel offense.

My last story was about how D’Eriq King could make a nice addition to the collection, you can read it by clicking on my name at the top, or on Miami Dolphins highlighted at the bottom.

Half-backs, and gadget players, there is already a tight end masquerading as a wide receiver in Mike Gesicki. I have a feeling that a lot of trickery is coming on offense, and I can’t get my fill.

Not long after writing about King, there were some training camp reports that Lynn Bowden Jr.’s hamstring was acting up, preventing him from seeing the field. With Grant gone, he becomes the longest-tenured gadget player.

This poor guy just can’t catch a break, he did see the field the year before last during game time and did well, however, hamstring problems kept him away, and it doesn’t appear that he played at all last season.

Cedrick Wilson Jr. was picked up during free agency, and he can fit the bill as a gadget player, during his time with the Cowboys, they used him increasingly on punt returns every season, he has completed every pass he’s thrown, all five of them, and one for a touchdown.

Erik Ezukanma got 10 carries running the ball in his last season playing for Texas Tech, he nearly averaged 14 yards on those carries. So he probably has the gadget ability as well.

These are just some of the players fitting the gadget role, and I’m sure I might have missed a few more who are currently on the Miami Dolphins, are there more to come? 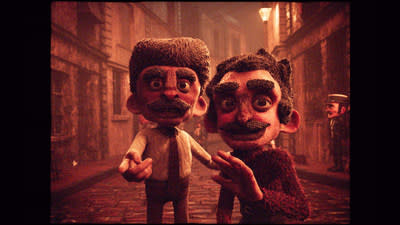