The tech industry will “pay the best lawyers in D.C. to have a pile of amicus briefs” in front of the justices, said Rachel Bovard, senior director of policy at the Conservative Partnership Institute, who supports the Texas law. “Meanwhile, the rest of us are scrambling.”

Opponents of the statute ― who consider it a blatant violation of the companies’ First Amendment rights — have a simpler explanation for the imbalance in legal firepower.

“The fact that there are so few people who think it’s a good law reflects the fact that it’s just not a good law,” said Eric Goldman, a professor at Santa Clara University School of Law who filed an amicus brief in support of the tech industry.

Texas’ supporters also expressed frustration at the tech industry’s decision to rush the case onto the Supreme Court’s so-called shadow docket — the justices’ system for resolving emergency applications without the usual monthslong process of receiving briefs and hearing oral arguments.

The justices have repeatedly used the same docket to issue rulings in the past year that elated conservatives and angered liberals. Those included a 5-4 decision in September in which the court refused to block a Texas law prohibiting abortions after six weeks of pregnancy.

The shadow docket petition in the tech case came from tech lobbying groups NetChoice and the Computer and Communications Industry Association, which among other arguments said the Texas law could bring a flood of frivolous lawsuits against social media companies.

“It’s kind of frankly ridiculous to me that NetChoice is using the shadow docket,” said Bovard, adding that it was originally meant for execution stays and other life-and-death issues. “It’s just egregious to me. It’s so arrogant that they would put this in front of SCOTUS right now.”

“The whole idea that there’s this huge need for immediate action, that there’s this great irreparable injury that will be created, is kind of crazy,” said Candeub, who had played a key role in Trump’s efforts to punish social media companies accused of censoring conservatives.

Defenders of the court’s use of its emergency procedures have included Alito himself, who said in a speech last year that critics who throw around the term “shadow docket” are trying to demean the justices.

“The catchy and sinister term ‘shadow docket’ has been used to portray the court as having been captured by a dangerous cabal that resorts to sneaky and improper methods to get its ways,” Alito said during the speech at the University of Notre Dame. “This portrayal feeds unprecedented efforts to intimidate the court or damage it as an independent institution.”

The decision in the tech case could come either from Alito or from the full court.

The tech groups’ haste in bringing the case to the Supreme Court followed a development that caught both sides off guard: a May 11 ruling from a panel of the 5th U.S. Circuit Court of Appeals that allowed Texas’ social media law to go into effect while judges weigh its constitutionality.

The panel’s one-sentence order didn’t explain the rationale for the decision, which overturned a lower federal judge’s order blocking the law. A similar law in Florida, SB 7072, remains on hold after a federal judge there blocked it last year.

The 5th Circuit decision “was surprising to both sides,” said Evan Swarztrauber, a senior adviser for tech and telecom policy at the Lincoln Network, a right-of-center group that seeks to bridge the gap between the right’s libertarian and populist wings on tech policy. “The conventional wisdom on this and the Florida law was that they’d be enjoined up until their death — they would just eventually get struck down.”

NetChoice and CCIA filed their emergency Supreme Court decision just two days later, followed by eight friend-of-the-court briefs from a broad collection of lawyers and advocacy groups. Supporters of the tech position spanned the political spectrum, including the Texas branch of the NAACP and the libertarian Cato Institute.

In contrast, right-wing populists who back the Texas law struggled to rally the troops ahead of the court’s Wednesday filing deadline. Texas got support from only two amicus briefs, in addition to a brief filed by state Attorney General Ken Paxton.

Given the short turnaround time required by the shadow docket, Bovard said she’d struggled to find lawyers who can weigh in on Texas’ side. One reason, she said, was the tech industry’s aggressive hiring of lawyers in recent years.

“Anyone who has a [Supreme Court] bar at a law firm is conflicted out by the fact that Google’s bought out every law firm,” said Bovard, who framed the conflict as one between tech industry goliaths and a “small, straggly band” of tech-skeptical conservatives.

Some support for Texas managed to squeak by just ahead of Wednesday’s deadline. Florida Attorney General Ashley Moody filed an amicus brief in support of Texas that was joined by 11 other Republican state attorneys general. Columbia Law School professor Philip Hamburger, who was joined by companies Giganews and Golden Frog, also filed in support of HB 20.

The Texas law makes it illegal for large social media platforms to penalize users or their posts based on “viewpoint.” It allows people aggrieved by the companies’ content-moderation decisions to take them to court, and to collect penalties as high as $25,000 for each day that the platforms have removed, restricted or otherwise taken action against their posts.

That’s not the kind of legal jeopardy that cries out for emergency action by the Supreme Court, argued Candeub, the former Trump administration official.

“If you had a law that said, ‘Oh, if you’re in violation of this law, you will have to pay a million dollars a day’ — which a lot of laws are like — then there would be irreparable damage,” Candeub said.

Goldman, the Santa Clara law professor, said he sympathized to an extent with conservative frustration about the quick turnaround that the shadow docket demands. “There’s a whole lot of procedural things that have to go right to get any one of those briefs filed on time,” he said.

Then again, he said, the 5th Circuit’s failure to explain its ruling left the plaintiffs with no real option but to appeal to the Supreme Court.

“If there was an explanation behind the decision, then the plaintiffs would have had more choices,” he said.

Sat May 21 , 2022
MANCHESTER, Conn. — Dogs are not only great furry companions but also hard working friends.  Gizmo and Gadget have very important jobs, serving as mental health advocates and support systems for people all over Connecticut, one pet at a time. Sign up for the FOX61 newsletters: Morning Forecast, Morning Headlines, Evening […] 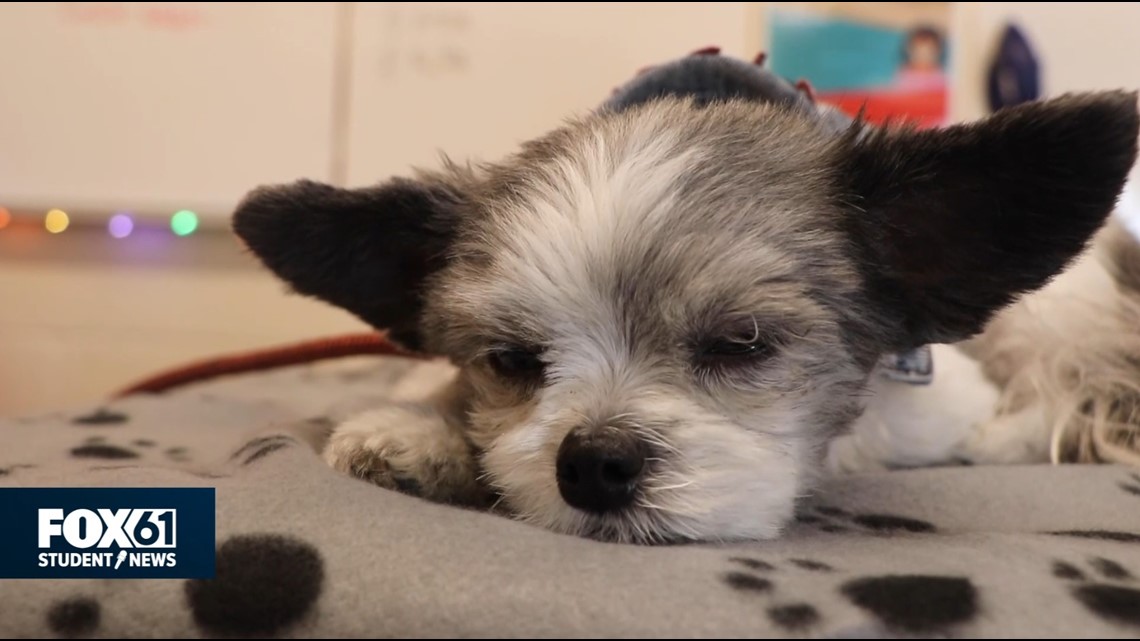