In a recent decision, the General Court (“GC”) held that the proprietor of the trade mark POMODORO (the “Mark”), Mr Francesco Cirillo (“Cirillo”), had established genuine use for ‘countdown timers’ and ‘downloadable application software’ in Class 9. The GC upheld the Board of Appeal’s decision to revoke the remaining Class 9 goods on the basis that genuine use had not been established.

By way of background, EU Trade Mark Registration No. 010926152 for POMODORO (the “Registration”) was granted registration on 9 October 2012 in Classes 9, 41 and 42. On 18 February 2019, Masterbuilders, Heiermann, Schmidtmann GbR (“Masterbuilders”) filed an application for revocation on the grounds of non-use[1] against the Class 9 goods of the Registration. Cirillo was required to show genuine use of the Mark in Class 9 between the period of 18 February 2014 to 17 February 2019 inclusive (“Relevant Period”).

In its initial decision against the Registration, the Cancellation Division upheld Masterbuilders’ application for revocation in its entirety. However, on appeal by Cirillo, the Fifth Board of Appeal (“BOA”) held that genuine use had in fact been established for ‘countdown timers’ and ‘downloadable application software’. Both parties then partially appealed the BOA decision to the GC.

In upholding the BOA decision, the GC applied the established tests for assessing genuine use of a trade mark, namely it took a balanced view of the evidence presented in respect of place, time, extent and nature of use of the mark in connection with the Class 9 goods against which revocation was directed.

It was accepted by way of evidence that the Mark had been used since 2013 and throughout the Relevant Period, with items sold within 23 member states. This evidence included a ‘Pomodoro Timer Sales Report’ for the period 18 February 2014 to 18 February 2019 and a third party report from an e-commerce platform that evidenced sales of 970 items for a total sum of approximately EUR 28 000. Further, to corroborate the figures, Cirillo produced 100 sample invoices which evidenced 1, 645 worth of sales covering those 23 member states.

While the number of units sold during that time was not considered particularly excessive, with Masterbuilders contending that there was an insufficient number of sales of Countdown Timers to warrant creating a market share, the GC upheld the BOA finding that:

“Sales of the timers were approaching 2,700 items and that such a number had to be considered sufficient to prove genuine use, in view of the fact that the low overall volume of sales was offset by the frequency of use and its territorial scope”

Here, as is often the case in an assessment of genuine use, the weighting applied to the place, time, extent and nature of use of the mark in question can be offset by one another. In this instance, the territorial scope, coupled with the slow but steady sales over an extended period of time, was sufficient for the mark in question to establish a genuine market share, notwithstanding particularly low sales. Indeed, the following extract from the GC decision, summarises the point well:

“Next, that volume was reached during the first years of marketing those goods, which began in 2013. Furthermore, given that the timers were sold in 23 Member States throughout the entire period referred to in paragraph 60 above, those sales were very regular and covered a broad territorial scope.

Those circumstances thus offset the low volume of timers sold, with the result that such a volume may therefore be considered sufficient, in the online retail sector, as a means of maintaining or creating a market share for those goods; the requirement that the mark must have been put to genuine use is not intended to assess commercial success or to review the economic strategy of an undertaking, nor is it intended to restrict trade mark protection to the case where large-scale commercial use has been made of the marks”

It was accepted by way of evidence that since October 2018, Cirillo had made downloadable application software available for download in connection with the Download Timers throughout the European Union, with 1,621 downloads being recorded in that period. According to the BOA, and as agreed by the GC:

In agreement with the BOA, the GC took into account: 100 sample application download requests sent to a linked email account; extracts from Cirillo’s website relating to the possibility of downloading that application; and a list of persons who had made a download request; which were all used to corroborate the 1,621 download figure. In reaching its conclusion of genuine use, the GC summarised as follows:

“Having regard to uses that are viewed as warranted in the online retail sector for downloadable software applications as a means of maintaining or creating market shares for such goods, such a volume, emanating mainly from Member States, must be regarded as sufficiently significant to demonstrate the frequency and territorial scope of the use of the mark at issue in the marketing of the application, in particular in circumstances where, as is apparent from paragraph 35 of the contested decision, that application has been available for download only since October 2018, that is to say, for less than six months within the period referred to in paragraph 60 above.”

Whilst the download numbers are not particularly significant, in combination with the evidence that comprised requests for downloads (rather than actual downloads / use), the evidence was still considered to constitute genuine use of the Mark. In particular, it is important to note that use of a mark in relation to goods about to be marketed and for which preparations to secure customers are under way falls within the bracket of genuine use.

Masterbuilders challenged the evidence, contending that Cirillo had only presented evidence depicting a ‘Request Software’ icon, without in fact showing the number of downloads or use of the Mark at the point of interaction with the consumer: 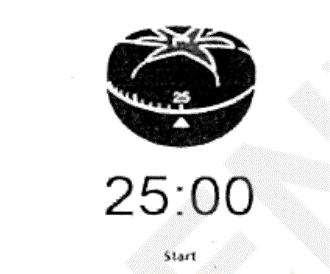 However, the Mark together with the words TECHNIQUE TIMER PROJECT were evidenced as ultimately used on Cirillo’s website where the downloadable application software was available for download free of charge.

While the market for downloadable software is generally vast, it is interesting that the GC deemed that 1,621 download requests, available free of charge from a website over a 6-month period, amounted to genuine use. The BOA does acknowledge that the evidence in its entirety is “not particularly exhaustive particularly for software, [but] it does show the EUTM in its registered form and functioning as a trade mark.” Indeed, during 2021 it has been reported that globally, “consumers downloaded 230 billion mobile apps to their connected devices”[3]which, as most of us will be aware, further demonstrates just how big the market is for downloadable application software. In that respect, it would not have come as a surprise if the evidence was considered as token use, in light of the size of the market.

That said, in contrast, given the number of downloadable applications that are created by a significant number of businesses and individuals for businesses and consumers alike to download, it is equally arguable that a relatively small number of downloads directed a small demographic or niche consumer market is perfectly sufficient to create a market share in what is such a crowded market place. The GC and BOA could therefore be viewed as taking a more pragmatic approach in light of what is a heavily diluted market place. However, one could argue that the decisions taken by the BOA and GC were nonetheless relatively generous, given the balance of the competing factors of time, place, nature and extent of use, which could have easily led to the cancellation of the Mark for all goods in Class 9.

This decision is worthy of note for owners of trade marks featuring similar relatively broad terms in Class 9. In particular, if a trade mark is registered for broad mass market goods, but the evidence demonstrates that it has been targeted at a niche market, the balance of genuine use may fall in the proprietor’s favour.

Facing internet, network connectivity issues with your phone? Here’s how to rectify

Mon Mar 28 , 2022
Having a good internet connection is one of the most crucial things these days. This is primarily because many things related to work and entertainment can be done only with good network and internet connectivity. If you have been facing challenges that are not limited to your network operators, […]