One of my fondest high school memories came from fighting Sephiroth. He’s the iconic villain from Final Fantasy 7, but when I did battle with him one night in 2006, it was in Kingdom Hearts 2, where he was an optional “superboss”. That bastard’s health bar was gigantic, and his sword was even bigger — and could kill you in one hit. One Saturday, my friend and I pulled an all-nighter trying to beat him. From midnight to 7 a.m., we passed the controller from one to the other after each death. As the rising sun started peeking through my bedroom’s blinds, I did it. Sephiroth was slain. Victory nourished my sleep-deprived bones.

I’ve been thinking a lot about that night as I play through Elden Ring. In FromSoftware’s latest game, there’s a mini Sephiroth around every corner.

Get the CNET Now newsletter

Set to launch Friday for Xbox, PlayStation and PC, Elden Ring is a spiritual successor to Dark Souls, a franchise that delights in its difficulty to a sadistic degree. Beating a Souls game is proof of patience, dedication and skill. It’s a badge of honor.

Trust me, I know — because I’ve never beaten any Souls game. In fact, I’ve been too intimidated to even play them. You may be in the same boat, intrigued by Elden Ring but also a little afraid.. After sinking nearly 40 hours into Elden Ring, I can tell you with absolute confidence: You’re right to be afraid.

But some fears are worth conquering.

Written with the assistance of George R.R. Martin, Elden Ring is all about the Elden Ring. A ring that possesses vast but vague mythical powers, it was shattered into seven Great Runes by Queen Marika. Those Runes were given to each of the Queen’s demi-god offspring, who went on to wage a war with one another in order to secure all Great Runes and reforge the Elden Ring. The war, known as The Shattering, had no victor but did manage to completely fracture The Lands Between, the setting in which you play. It’s up to you to kill all seven demi-gods, reforge the Elden Ring and become Elden Lord.

Easier said than done. If you’ve never played a FromSoftware game before, the gist of it is most enemies can kill you with one or two hits and progress inherently involves dying over and over again. It’s a game of coordination and timing, but also perseverance.

There’s a lot to take in, and it’s overwhelming at first. Elden Ring is a huge RPG and has a giant list of features you’ll need to familiarize yourself with. You’ll choose a class that affects what weapons you can use initially. There are melee, magical, short-range and long-range setups. You’ll learn how to craft items and consumables that buff certain attributes. You can summon monsters that do battle alongside you. You’ll loot enemies for treasures and resources. There’s a lot going on. What separates Elden Ring from other blockbuster action RPGs is that all this stuff really matters.

Take CyberPunk 2077, another ambitious RPG that gives you a huge variety of weapons and play styles. The difficulty of that game doesn’t require a cohesive play style. Though there are hundreds of options, a simple katana/sniper rifle setup saw me through the whole game with minimal difficulty; I didn’t experiment because no experimentation was needed. To progress through Elden Ring, however, you need to have your shit together. You need to have the right buffs, the right armor attached and the right consumables hotkeyed for quick use. You die constantly, but death brings with it a lesson: What you tried didn’t work, so try something else.

Eventually, the RPG elements click. Combat itself is the same. Movement in Elden Ring is clunky — it’s not designed for you to hack and slash your way through a room, it’s designed so that every strike, block and quick roll counts. In one sense, it took me around 12 hours and innumerable deaths to “get it,” but the beauty of Elden Ring is you never really get it. Each new area or significant foe brings a new challenge, and overcoming these obstacles is a constant, recurring process that takes you from “there’s absolutely no way I can do this” to “I can’t believe I just did that.”

It would be a lie to say all of Elden Ring is hard work with a satisfying pay off. Sometimes it’s just plain ol’ frustrating. With a game intentionally designed to be so difficult, it can feel cheap when dodgy autotarget or an erratic camera steals victory from you. Elden Ring’s relentlessness can also be deflating. No enemy can be taken lightly and death is always one or two mistakes away. There’s a certain lack of internal logic that can be jarring: One minute you can slay a literal demi-god, the next you’re killed by a swing or two of a grunt soldier’s sword.

Still, the tangible sense of satisfaction and relief that Elden Ring regularly delivers will be unlike any recent AAA game you’ve played — unless you’ve played previous FromSoftware titles. To me, Elden Ring’s most frightening feature isn’t its difficulty. It’s its size.

This game is enormous.

Let me indulge in one more story that I regularly thought of during my time with Elden Ring. It was my first day working an office job, back in 2014. In an attempt to bond with the obviously nerdy IT guy, I asked him if he’d ever played Skyrim. He looked me squarely in the eyes as he answered: “Best 500 hours of my life.”

It’s impossible to know at this point, but Elden Ring appears to be a game of that scale. I’ve sunk nearly 40 hours into it and estimate myself to be just over a third of the way through the story. A 100-hour campaign is huge enough but still an incomplete picture. In a game like this, seeing the ending credits roll doesn’t isn’t quite the same thing as “finishing” it.

For insight into the game’s scale, consider how it progresses. You start in one part of the Lands Between. You explore the area, completing dungeons, finishing side quests and defeating ferocious beasts. Then there’s a mega dungeon with a demi-god boss at the end. You beat that boss, and a new segment of the Lands Between opens up and you do it all again.

The sections that open up after each major boss fight are massive, and densely populated with foes to battle and things to see. The Lands Between are serene at times and grotesque at others, but always irresistible to explore. Between nightmarish battles in dungeons, adventuring through The Lands Between is a dream. But it’s a time-consuming dream.

Remember, everything in this game can kill you with ease. This complicates exploration: in typical RPGs, being one-hit killed by a new enemy means you need to come back to the area once you’re stronger. In Elden Ring, it can be hard to tell if an enemy is tough because you’re not leveled up enough or they’re tough just because the game is tough. Most of the time it’s the latter, but not always. On two occasions, I spent over an hour trying to beat dungeon bosses before deciding they fall into the “come back when you’re stronger” category.

At those moments, I imagine someone who typically only has time to play games for an hour or so at a time. I think about them spending the entirety of their budgeted gaming time being mauled over and over again by the same mini boss. You can see a lot of The Lands Between in an hour — but you can also see next to nothing if you can’t make it past a tough obstacle. This is absolutely a game that benefits from longer sessions of uninterrupted play, which many people don’t have the time for.

So, should you play Elden Ring if you’ve never played a Dark Souls game before? Yes. The challenges are immense, but so is the reward. To me, the more appropriate question is this: Do you have 100 hours spare in the next month or two? If you don’t, you’re unlikely to make it.

Elden Ring demands a lot, both in time and in patience. But memories don’t come cheap. I evidently still think about that 2006 night spent besting Sephiroth. I haven’t finished Elden Ring yet, but I know I’ll be thinking about it for a long time too.

Now that computers connect us all, for better and worse, what’s next?

Thu Feb 24 , 2022
This article was written, edited and designed on laptop computers. Such foldable, transportable devices would have astounded computer scientists just a few decades ago, and seemed like sheer magic before that. The machines contain billions of tiny computing elements, running millions of lines of software instructions, collectively written by countless […] 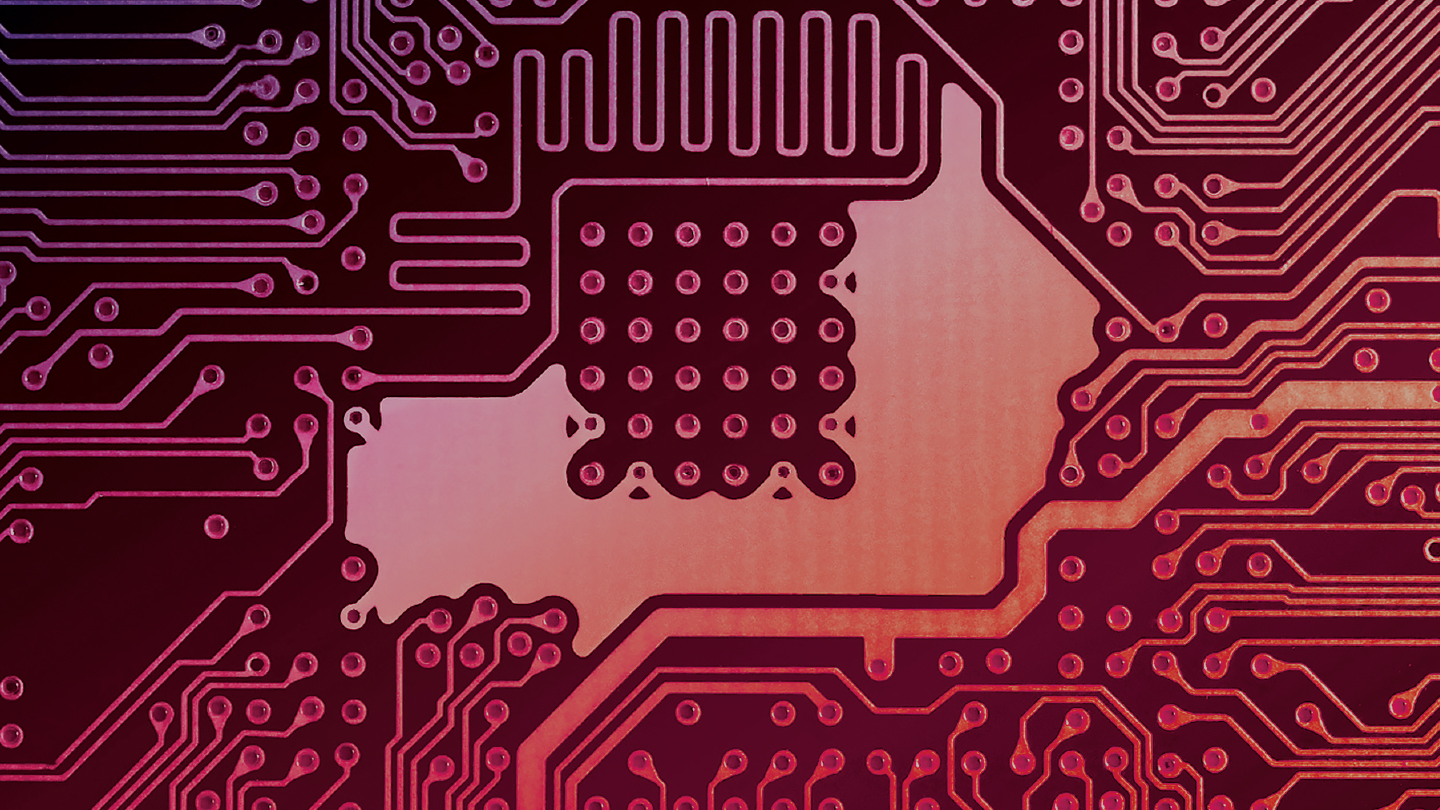