Pittsburgh, PA – March 21, 2022 – ForAllSecure, the world’s most advanced application security testing technology, today announced it has raised $21 million in a series B funding round co-led by Koch Disruptive Technologies (KDT) and existing investor New Enterprise Associates (NEA). This financing brings the company’s total funding to $36 million. ForAllSecure will use the infusion of capital to accelerate growth, increase headcount, and fuel product innovation, including a solution to secure the thousands of open source projects widely used by businesses around the world.

“We started ForAllSecure to automatically test apps the same way attackers will, before attackers can,” said David Brumley, Chief Executive Officer and co-founder of ForAllSecure.  “We believe manual testing is too slow, expensive, and error-prone to scale with the modern speed of development. Other application security approaches just don’t work like attackers, and cannot be truly automated because humans need to double check the results. ForAllSecure enables security to ‘shift-left’ and find issues early, often and cost-effectively. The time to fully automate application security is now.”

According to 451 Research, 61% of organizations say that lack of automated, integrated security testing tools is a top challenge for DevSecOps. ForAllSecure’s Mayhem products work autonomously to find and create exploits, as well as defend vulnerable applications against hackers. Its patented algorithms, pioneered at Carnegie Mellon University, continuously uncover defects with unprecedented speed, scale and accuracy. Since launching its first commercial product in 2020, ForAllSecure has amassed more than 100 customers, ranging from the U.S. Department of Defense to the Roblox gaming platform.

“The DevSecOps industry is experiencing unprecedented disruption driven by the explosive growth of software development and demand for more secure applications,” said Navin Maharaj, Director at Koch Disruptive Technologies. “The company’s cutting-edge autonomous technology is defining the standard in testing and protecting the world’s software. Our investment in ForAllSecure underscores our belief that the company is at the forefront of cybersecurity to protect software and software-connected assets from the increasing threats we are seeing today.”

The funding comes at a time of tremendous growth for DevSecOps and application security tools. In 2020, the global DevSecOps market reached $2.55 billion in 2020 and is expected to increase more than $23 billion in 2028. While the importance of secure software isn’t new, the recent headline-grabbing security breaches and increasing complexity of the software supply chain is increasing the importance of shifting security left in the development lifecycle. Furthermore, fully automated and autonomous testing become a critical need when security talent is scarce.

“We see ForAllSecure as the next evolution in a line of transformative cybersecurity companies focused on making software better, easier, and more secure,” said Aaron Jacobson, Partner at NEA. “Software development is taking place at lightning-fast speed⁠—as a result, protecting against vulnerabilities and development errors has become a business-critical initiative. We believe ForAllSecure is poised for explosive growth, and we’re thrilled to partner with David and the team to deliver the future of cybersecurity to companies around the world.”

ForAllSecure delivers an autonomous security testing solution that maximizes development productivity by integrating layers of security testing into continuous workflows. By intelligently automating the testing and maintenance of software, Mayhem allows developers to focus on what they do best and deliver secure, reliable applications that provide a competitive advantage.

·  Listen to The Hacker Mind podcast

Koch Disruptive Technologies (KDT) is a unique investment firm, focused on empowering founders to create a could-be world. KDT provides a flexible, multi-stage investment approach which includes both traditional venture and growth stages. The firm works with principled entrepreneurs who are building transformative companies, disrupting the status quo, and creating new platforms. KDT is a subsidiary of Koch Industries, one of the largest privately held companies in the world with $1150 billion in revenue and operating in more than 70 countries. KDT helps its partners unlock their full potential by bringing Koch’s capabilities and network to them, structuring unique capital solutions, and embracing a long-term, mutual benefit mindset. For more information, visit www.kochdisrupt.com.

New Enterprise Associates, Inc. (NEA) is a global venture capital firm focused on helping entrepreneurs build transformational businesses across multiple stages, sectors and geographies. With nearly $24 billion in cumulative committed capital since the firm’s founding in 1977, NEA invests in technology and healthcare companies at all stages in a company’s lifecycle, from seed stage through IPO. The firm’s track record of investing includes more than 260 portfolio company IPOs and more than 430 mergers and acquisitions. www.nea.com

ForAllSecure was founded with the mission to automatically test and protect the world’s software. Its technology comes from two decades of research and experience in automatically exploiting applications and uses patented technology developed at Carnegie Mellon University.  DARPA declared ForAllSecure the winner in the Cyber Grand Challenge, the U.S. Smithsonian showcased their technology, and MIT Technology Review named ForAllSecure in the 50 Smartest Companies. Fortune 1000 companies in aerospace, automotive, and high-tech, along with every US military service, use ForAllSecure’s Mayhem to check their applications. To learn more, visit www.forallsecure.com 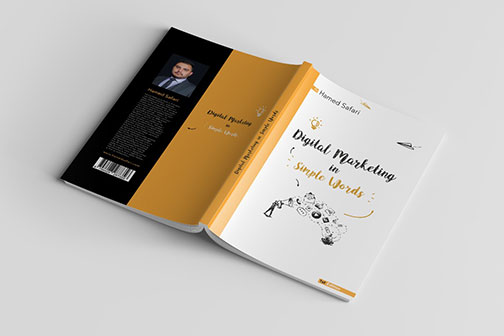