Russia is trying to destroy Ukraine’s entire communication infrastructure. Through targeted attacks on radio and TV stations, including Kyiv’s TV tower, the Russian army is trying to prohibit Ukrainians from accessing independent information.

But if your internet and messenger apps stop working, there are still ways to communicate.

Briar is an Android app that enables so-called peer-to-peer (P2P) communication. Two smartphones connect directly via Bluetooth or Wi-Fi without accessing any existing infrastructure such as network routers or cellphone networks, for example.

The disadvantage of this method is that it has a very short range — about 10 meters (around 30 feet) with Bluetooth, and potentially up to 100 meters with Wi-Fi. Its big advantage is the direct connection, which is secured by end-to-end encryption. Enemies, secret services, mobile phone providers or hackers won’t be able to read your messages. 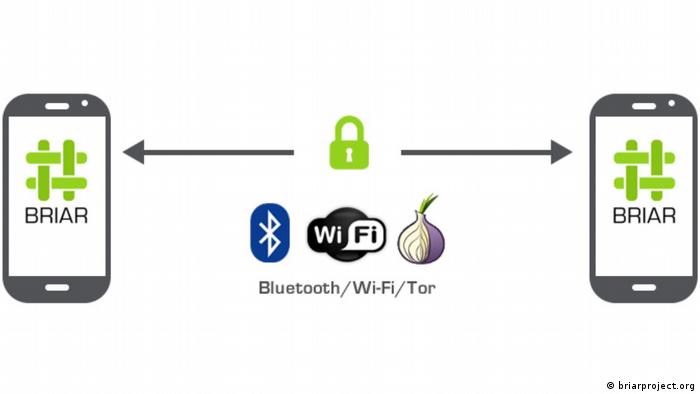 Briar’s greatest strength is its ability to bring together a large number of these direct connections to create a network. As a result, communication isn’t just limited to two people; a great many people can communicate with each other, over greater distances.

This technology is called a mesh network. If one person in the mesh network still has a functioning connection to the internet — because they are using a foreign SIM card, for example — they can share their access with all the people connected to the network.

The internet connection is usually made via Tor, which anonymizes it so no one outside the network can read the communications at this point, either.

However, anyone who is part of a mesh network should be aware that they are also automatically sending data that they haven’t seen, and that this data may potentially violate the law.

Briar is a free, open-source app. The tool is funded by organizations that support internet freedom, like the global Access Now or the Open Technology Fund based in the US.

Briar is available via the Google Play Store or open-source software repository F-Droid.

Bridgefy: For Android and Apple users

This app follows a similar approach to Briar, allowing communication through a mesh network that is also established via Bluetooth and Wi-Fi.

Bridgefy can be used on both Android and iOS (Apple) devices, an advantage over Briar. This is also presumably why Bridgefy was heavily used in recent years by the protest movement in Hong Kong. 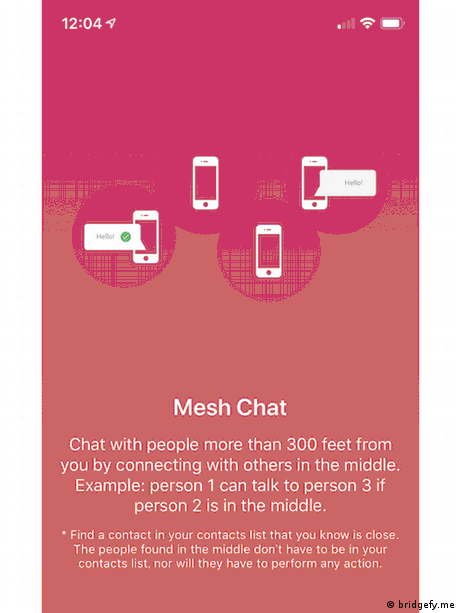 Bridgefy, which is not open source, is distributed by a US-based company of the same name, and financed through advertising.

In the past, there have been security concerns about the encryption process used by Bridgefy. But the app now uses the Signal protocol, which is considered secure. It came to prominence as part of the messaging apps Signal and WhatsApp, and is well-regarded by security researchers.

If the internet has been shut down but the telephone network and SMS text messaging are still working, the Silence app can provide secure text communication.

Classic SMS communication is unencrypted, and can easily be accessed and read by third parties. Silence closes this security loophole and encrypts the text messages.

However, only the content of the communication is protected from surveillance. Metadata — showing when and with whom messages are exchanged — cannot be encrypted. Because Apple does not license third-party apps for SMS services, Silence is currently only available for Android.

Silence is free and open source. Its development is financed by donations.

Options for digital communication without the internet are limited, but maintaining contact is not impossible. However, it’s important to be cautious when using these tools, bearing in mind both local laws and the prevailing security situation.

If an internet connection is available but heavily censored, or certain websites are blocked, other tools like Psiphon or Tor can help get around the censorship.

This article has been translated from German.

Correction, March 7, 2022: A previous version of this article misspelled the capital of Ukraine. DW apologizes for the error

How the War in Ukraine Is Changing the Technology Landscape

Mon Mar 14 , 2022
The last few years have been one heck of roller coaster ride. The pandemic and the recent war between Ukraine and Russia bracket the events for now, but suddenly a lot of companies are rethinking aggressively global resourcing and divesting manufacturing as bad ideas. The result is some interesting dynamics […] 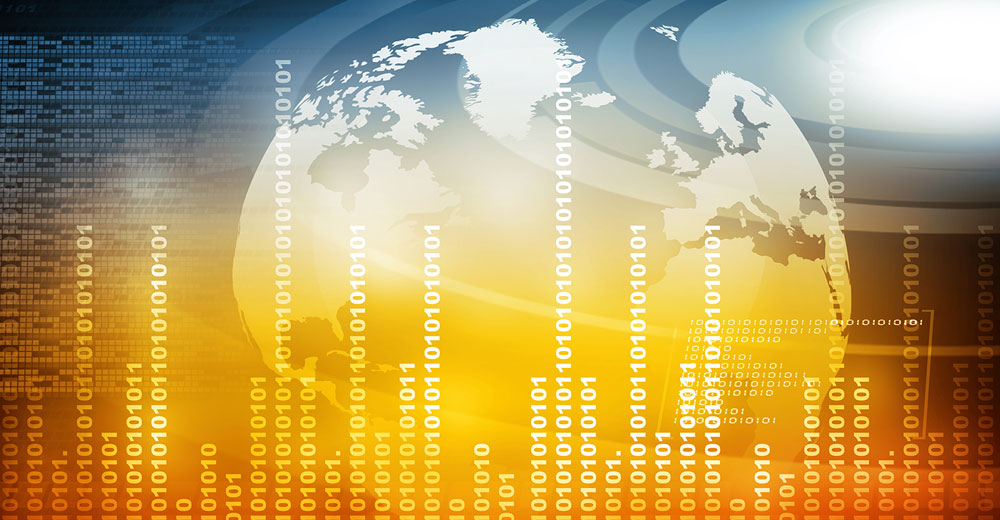