After a decade of exuberance, Silicon Valley start-ups, venture capitalists and established tech companies alike are cutting investment and firing workers, prompting some in the tech world to openly predict a U.S. recession is on the way.

Facebook and Amazon have slowed their frantic hiring paces, while highflying newer companies including scooter company Bird and email client Superhuman have laid off workers. Tesla chief executive Elon Musk recently told employees he has a “super bad feeling” about the economy, and venture capital firm Lightspeed Venture Partners warned in a blog post that “the boom times of the last decade are unambiguously over.”

On Thursday, fashion tech company Stitch Fix said it was cutting about 15 percent of salaried positions, or a total of 330 roles, sending its stock price sinking. The people losing their jobs were told that morning, chief executive Elizabeth Spaulding wrote in a memo to employees.

“In light of our recent business momentum and an uncertain macroeconomic environment, we’ve taken a renewed look at our business and what is required to build our future,” Spaulding wrote.

The broader industry slump worsened on Friday, when the tech-heavy Nasdaq index fell 3.5 percent. It is now down 28 percent for the year.

The sudden shift is giving many in the sector whiplash. Uncertainty has settled over Silicon Valley as venture capitalists, tech founders and regular employees debate whether the pessimism is overblown or if tech really is the canary in the coal mine, already suggesting a broader downturn in the U.S. economy.

Tech start-ups do serve as a “leading indicator” for the economy, said Till von Wachter, a professor of economics at UCLA. Higher interest rates can mean it’s more difficult to raise money to fund new ventures — which typically take a while to turn a profit.

“They are one of the sectors that are the most sensitive to interest rate changes,” von Wachter said. “They are very dependent on what we believe the future to be.”

Tech has benefited immensely from the roaring bull market of the past decade, with soaring valuations enriching not just owners and investors but hundreds of thousands of employees who were paid in stock on top of their regular salaries. The pension plans and 401(k)s of millions of Americans have benefited from companies like Apple, Amazon, Google and Microsoft breaking through the trillion-dollar mark and becoming as valuable as the annual output of entire economies such as Italy or Brazil.

Year after year of rising valuations has created a pervasive feeling that there is nowhere to go but up. An entire generation of tech workers and founders have never worked in an industry without long lists of open jobs, new projects getting approved easily and employers throwing a stream of perks such as free meals and unlimited vacation at them.

Money has poured into smaller tech companies, too, as investors, including traditional venture capitalists all the way up to government-run sovereign wealth funds, have looked for ways to get in on the tech boom that never seemed to end.

Tech has faced shaky moments in the recent past. At the beginning of the coronavirus pandemic, millions of Americans lost their jobs, and tech stocks, along with the rest of the market, fell quickly. But it bounced back almost immediately, and many grew even stronger during the pandemic as government spending boosted the economy and people spent more of their money on e-commerce and digital services.

To some prominent tech luminaries, this moment feels different.

“We do not believe that this is going to be another steep correction followed by an equally swift V-shaped recovery like we saw at the outset of the pandemic,” the leaders of blue-chip Silicon Valley venture capital firm Sequoia Capital wrote in a May presentation to its portfolio companies that was published by tech news organization the Information. “We expect the market downturn to impact consumer behavior, labor markets, supply chains and more.”

That follows early warning signs, including pandemic darlings feeling the squeeze: Exercise company Peloton’s shares slumped and celebrity video app Cameo laid off staff. Amazon also said it had overextended its warehouse space, and Uber CEO Dara Khosrowshahi warned of tougher times to come. Microsoft, Amazon, Apple, Tesla and Google have all lost at least 20 percent of their market value since the beginning of the year.

Even Twitter, which is in talks to be bought by Musk, has been pulled below the price he’s willing to pay by a market that’s pessimistic about whether the deal will go through, as well as the company’s business prospects.

A fresh wave of economic uncertainty has washed over the world as Russia’s war against Ukraine grinds on, China’s economy wobbles because of fresh pandemic restrictions and the U.S. Federal Reserve raises interest rates to try to tame inflation. That uncertainty hit Silicon Valley early, with share prices beginning a steep decline in January.

Amid global chaos, the tech industry takes a rare tumble

The lack of investor confidence has quickly moved down to start-ups, too.

For years, investors had been pouring money into start-ups in the hope they could go public and net a big return, but that path doesn’t seem as reliably profitable anymore. Venture capitalists whose money is tied up in not-yet-profitable tech companies are telling them to cut their spending and prepare to hold on longer without as much money.

Those companies, in turn, are starting to react to the market downturn with layoffs and hiring freezes.

And many companies are paying extra close attention to costs. Bird, the electric scooter and bike company, said this week it had to let go of about 23 percent of employees as it cut costs.

“While the need for and access to micro-electric vehicle transportation has never been greater, macro economic trends impacting everyone have resulted in an acceleration of our path to profitability,” Chief Communications Officer Rebecca Hahn said in a statement.

Global venture capital funding fell to $39 billion in May, its lowest level since November 2020, according to Crunchbase, which noted that later-stage rounds were more heavily hit than early-stage start-up funding.

Seattle-based investor Greg Gottesman said he and other investors are advising companies to be careful, but he noted that many tech start-ups still succeed during economic downturns.

“There is more of a focus on growing smartly,” said Gottesman, managing director of Pioneer Square Labs. “Putting the right amount of people in the right spots and trying to grow smartly as opposed to just aggressively.”

The broader economic concerns are real, but cutting investment and spending across the board may create new issues, said Antoine Nivard, co-founder and general partner at Blank Ventures. Many start-ups sell software to other tech companies, making them especially vulnerable when the industry in general slows its pace of spending.

“There’s also a self-fulfilling prophecy there. The first demand that evaporates is start-ups selling to each other,” Nivard said. “I wish there was a bit less panic and bit more thinking about the nuance.”

Whether the slowdown means a broader recession is coming to other industries is still an open question. Not everyone sees tech as a bellwether for the whole economy. Instead, the tech industry may have further to fall than other sectors simply because it received more funding, pumping up valuations to levels that the companies didn’t deserve.

“People are going back and realizing, ‘Maybe we shouldn’t have been pricing at amounts we were doing,’” said Jake Hare, founder of start-up incubator Launchpeer.

Amid global chaos, the tech industry takes a rare tumble

A pullback in investment in start-ups is an example of the kind of thing the Federal Reserve is trying to trigger as it works to cool off the economy and lower inflation, said James Wilcox, an economics professor at the University of California at Berkeley. That doesn’t mean a recession.

“That party is over,” Wilcox said. “It’s not necessarily that there’s going to be a terrible hangover from it.”

The doom and gloom from senior venture capitalists may also be part of an effort to educate the younger generation and encourage them to curtail spending in case of a downturn.

“If you’re funding some 28-year-olds, they don’t know a roller coaster, all they know is a rocket ship,” Wilcox said. “They haven’t seen what a financial winter looks like. They haven’t even seen a cold spring.”

Your Computer Secretly Stores All Your Wi-Fi Passwords. Here's How to Find Them

Sun Jun 12 , 2022
Everyone has their way of storing Wi-Fi passwords for later use, like a sticky note on your desk or a random note in your phone. And of course there’s always the wireless router you can check, which typically has the password on a sticker label. However, there’s an easier way […] 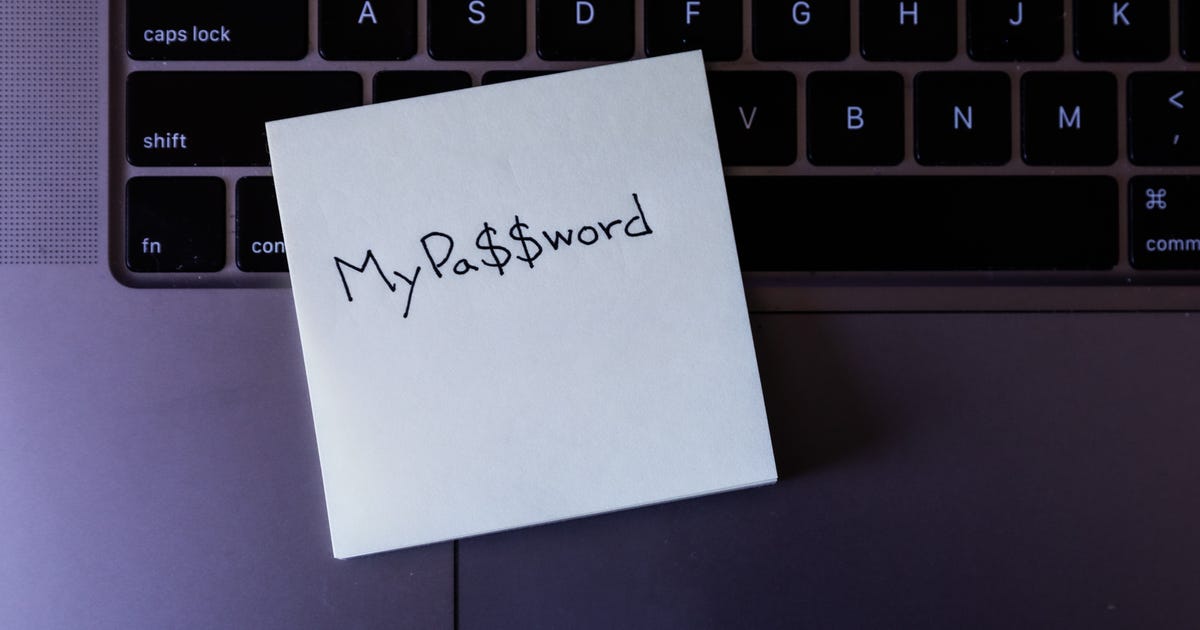