John Roach, a marketing visionary who helped make the home computer ubiquitous in the late 1970s by introducing the fully assembled Tandy TRS-80 for $599.95 or less through RadioShack chain stores, died Sunday in Fort Worth, Texas. He was 83.

His death was confirmed by his wife, Jean Roach. No cause was given.

Roach already had college experience fiddling with refrigerator-size mainframes by 1967, when he joined the Tandy, a Texas conglomerate that was founded as a leather goods company and included RadioShack and its thousands of franchised dealers in electronics farrago.

He was instrumental in prodding Tandy to venture into the computer market. At the time, most small computers were sold as kits to be assembled by hobbyists, but Roach believed that consumers would welcome a model that they just needed to plug in.

His team presented the original TRS-80 prototype — cobbled together from a black-and-white RCA monitor, a keyboard and a videocassette recorder — to Tandy’s chief executive, Charles Tandy, and to Lewis Kornfeld, the president of RadioShack, in January 1977.

The Apple 1 had been introduced the year before, and Commodore and other companies were marketing their own home computers, but the TRS-80 (the initials stood for Tandy RadioShack) quickly became, for a time, the most popular computer on the market.

“Charles blew a little smoke and said, ‘Build a thousand and if we can’t sell them, we will use them in the store for something,’” Roach recalled in remarks to the Fort Worth Executive Round Table last month.

“We were finally able to ship some machines in September and shipped 5,000 that year, all we could assemble,” Roach said. “Our competitors shipped none.”

At just under $600 (about $2,700 in today’s dollars), the computer was relatively cheap (it was $399 if connected to a separately owned viewing screen). It was available in all 8,000 of the company’s stores.

Tandy recruited Bill Gates and Paul Allen, the future founders of Microsoft, to write exclusive software for personal, home and small-business purposes, and for games. In 1982, to promote computer and modem sales, Roach persuaded The Star-Telegram of Fort Worth to become one of the first newspapers in the country to go online.

The TRS-80 was considered so novel that a model was later acquired for the collection of the Smithsonian National Museum of American History.

John Vinson Roach II was born Nov. 22, 1938, in Stamford, a rural farming community of several thousand people in West Texas. His mother, Agnes Margaret (Hanson) Roach, was a nurse. His father owned a meat market that went out of business because of rationing during World War II, and the family moved to Fort Worth, where he opened a grocery store.

Young John, a math whiz, calculated the change in his father’s grocery store without using the cash register. He worked his way through high school unloading box cars for Montgomery Ward retailers.

When Roach joined the Tandy Corp. as a data processing manager, he said in an interview with the university in 2007, “neither the concept nor the thought of a personal computer had even been conceived.”

The TRS-80 sales boom came just in time to revive Tandy, which had been experiencing a slump after the popularity of two-way citizens band radios faded. After Tandy died in 1978, Roach became RadioShack’s executive vice president. He was named chief operating officer in 1980.

Tandy’s early dominance would wither as competitors developed models that were equally inexpensive or offered faster speeds and greater functionality. By 1991, the company’s share of the domestic home computer market had contracted to 3.5%; it had been as much as 40%, in 1981.

During the 1990s, when the conglomerate employed 37,500 workers and reported annual sales of $4.3 billion, Roach sought to reposition RadioShack more generically as “The Technology Store.”

In 1999 he retired as chief executive and chair of Tandy, positions he had held since 1983.

Tandy changed its name to RadioShack in 2000 and overcame cutthroat competition to continue as an e-commerce site and franchise operation with the slogan “Shack is back.”

In the 1990s, Roach was chair of Texas Christian University’s board of trustees, helping to double its endowment to more than $1 billion, build a technology center and play a supporting role in Fort Worth’s civic and cultural life. In 2007 the John V. Roach Honors College was endowed in his honor at TCU by his friends Paul and Judy Andrews of Fort Worth.

“He was able to blend his intelligence with judgment,” J. Luther King Jr., his friend and successor as board chair, said in an interview. Roach, he added, succeeded in transforming the university from, “a regional university to a national university.”

In addition to his wife, Roach is survived by their two daughters, Amy Roach Bailey and Lori Roach Davis; six grandchildren; and a great-granddaughter.

Roach felt personally and professionally comfortable with computers ever since his college days. Shortly before he died, his family said, he FaceTimed with his grandchildren and watched TCU beat Seton Hall in the NCAA basketball tournament online.

Save an extra 30% on LazyApply’s automated job application software

Fri Mar 25 , 2022
Deal pricing and availability subject to change after time of publication. TL;DR: A lifetime subscription to LazyApply Job Application is on sale for just $46.90 with the code DOWNLOADNOW as of March 24, aka 99% off its regular value of $999. Searching for employment is a real pain in the […] 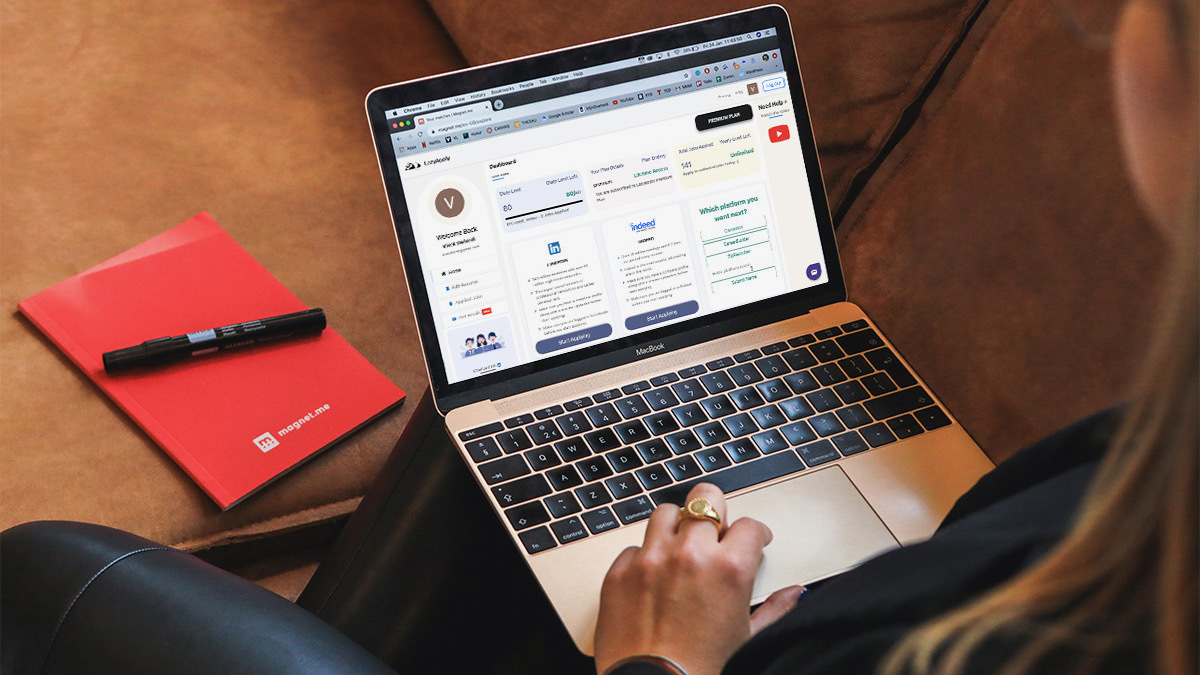