Nancy Pelosi’s office said the House speaker had no prior knowledge of or involvement with any stock transactions after a financial disclosure report showed that her husband, Paul Pelosi, had purchased up to $5 million in stocks for a top semiconductor company days before the Senate is poised to vote on a bill that would benefit the U.S. chip manufacturing industry.

The California Democrat’s team also noted that the disclosures indicate the transactions are earmarked for spouse.

“The Speaker does not own any stocks. As you can see from the required disclosures, with which the Speaker fully cooperates, these transactions are marked ‘SP’ for Spouse. The Speaker has no prior knowledge or subsequent involvement in any transactions,” Nancy Pelosi’s spokesman, Drew Hammill, told the Washington Examiner.

Paul Pelosi, an avid stock trader, was shown to have spent between $1 million and $5 million to purchase 20,000 shares of the semiconductor company Nvidia in late June, around the same time when he sold portions of his stocks in Apple and Visa. The disclosure raised questions about whether Paul Pelosi had knowledge of the pending legislation.

The purchase brought on criticism, including from Rep. Elise Stefanik (R-NY), who told Fox News the move “stinks to high heaven” as people in the United States are suffering from inflation “and as the American people are suffering, as they’re looking at their investments continuing to plummet, the fact that the Pelosis are profiting,” the congresswoman added.

Hammill added that Nancy Pelosi has asked the House Administration Committee to review proposals on stock trading reforms for Congress, referring to them on the issue.

“The Speaker believes that sunlight is the best disinfectant. The Speaker has asked Committee on House Administration Chair Zoe Lofgren to examine the issue of Members’ unacceptable noncompliance with the reporting requirements in the STOCK Act, including the possibility of stiffening penalties,” Hammill said.

Among the proposals the committee has heard is one that would restrict trades and ownership of certain financial interests for members of Congress, their spouses, and minor children.

The bill that the Senate is considering is a scaled-down version of the U.S. Innovation and Competition Act, which passed the upper chamber in June 2021 with bipartisan support. The House passed its own version of the legislation, called the America COMPETES Act, this February.

CLICK HERE TO READ MORE FROM THE WASHINGTON EXAMINER

The Senate is expected to vote on the new legislation in the coming days, which would provide $52 billion for U.S. semiconductor manufacturing. It will also have to pass the House before it heads to President Joe Biden’s desk for his signature.

Tue Jul 19 , 2022
You can find many affordable options in 3G mobile phones. As technology advances daily, everyone must have a mobile phone of their own. With 4G and 5G mobiles coming into the picture, it has become difficult to choose a budget-friendly phone for yourself. Well, fret not! We covered you with […] 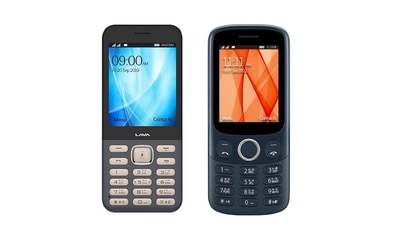