When it comes to self-driving cars, those that make them and those that drive them seem to be living on different planets. The industry seems to think consumers want horizontal elevators that take them where they want to go, while consumers do not want to give up driving nor do they currently trust a computer to motor them around.

Jaguar is a company that believes in cars you drive, not cars that drive you. Thus, last week’s announcement that Jaguar and Land Rover would adopt Nvidia’s full stack of technology for automated driving is fascinating because Jaguar and Land Rover will be using the tech to make driving safer while enhancing your driving experience, not taking away your driving privileges.

Let’s talk about what this announcement means for the future of autonomous automobiles. Then we’ll close with my product of the week, “Bridge the Gap,” a new book on how to have meaningful conversations and effective collaborations with people you do not have a good relationship with.

I drive a Jaguar I-Pace, and I have been a Jaguar fan and driver since I first got my license. I bought my first XKE — a 1968 Roadster — circa 1973. That car had one problem: it tended to pull to the left when braking and, before I got that issue fixed, it pulled me across the line on a hard left turn into an El Camino, wrecking the vehicle.

I loved that car, and I was depressed and heartbroken when I wrecked it. I had started driving eight years earlier, so I was more talented than most kids my age. But I lacked maturity, and, like a lot of young kids, I had a propensity for doing stupid things. Not getting those brakes fixed sooner and not adjusting for what I knew they would do were two very stupid things.

But back before this century, cars were mostly stupid. You pointed them where you wanted to go and if you did not over-drive the control surfaces, and no one else did either, you could end up accident free.

The worst accident I had happened when I was stopped at a stop light and a woman behind me was watching a train and proceeded to ram me at 40 mph while I was messing with the stereo. I ended up in the back seat unhurt, but the car was destroyed.

Until recently, cars were not smart, and driver skills and attention were uneven at best. Today’s cars have tons of safety equipment, but people are still getting into accidents due to distractions, substance abuse issues, racing, weather, age (too young or old), and a variety of other reasons.

In fact, just last night I was nearly killed by a semi that ran a red light and almost T-boned me at around 60 mph. Neither I nor my wife would have survived. Fortunately, I saw he was not stopping and was able to brake to avoid the collision, but had I been messing with the radio, looking at something on my left, or just had tunnel vision, you would be reading something else today.

People drive unsafely, and with just the smallest screw up you, your spouse, your kids, or your parents could suddenly meet a tragic end — even with the significant advancements in safety over the last two decades. So, cars have become safer, they just have not gotten safe enough.

To get safer, cars are becoming rolling computers. But car companies are not computer companies, which has led to a lot of avoidable problems with the latest cars.

As we turn cars into rolling computers, car companies must relearn what computer companies like Nvidia have been refining for decades: how to do real time upgrades, how to speed up the development process, how to charge for incremental upgrades, and how to do those upgrades over the air. It has not been going well.

My first I-Pace upgrade, over the air, effectively bricked the car and it had to be trailered 180 miles to the local Jaguar dealer. Jaguar has improved this process over time so that more recent buyers have not had these problems, but it has always seemed like car companies should be partnering more closely with computer companies to take advantage of both the technology and the process of both assuring it and more safely updating it.

Back in the 1990s, software updates were a nightmare of incompatibilities and crashes. Today, they are transparent, happen without major issues, and are more likely to be received positively than negatively.

Tesla alone got this and did far better than most with upgrades and product enhancements, while lagging the car industry in quality and design practices (for instance, those gull wing doors on the Model X were an avoidable problem). So, Tesla got the technology right but fell short on traditional automotive quality, fit and finish, and logistics (some cars had to be delivered unfinished).

What is needed is a car company, or partnership, which provides the advantages of both car-building experience and technology creation and management.

Best of Both Worlds

What Jaguar and Nvidia are launching together is one of the tightest partnerships between the automotive and technology industries yet seen.

It is the adoption of Nvidia’s full stack of autonomous car technology used in a way to enhance the driving experience that does not replace the driver.

This combination assures that Jaguar and Land Rover, both considered luxury brands, will continue to be built with automotive-level quality (Jaguar has changed a lot since Tata bought the company from Ford, and Ford did improve the quality of the cars and trucks when they owned them, as well).

On the other hand, Nvidia will help with technology implementation, reliability, updates, and user experience, helping to assure an enhanced luxury relationship with the cars and a Tesla-like experience with the technology.

In addition, rather than implementing the technology as a driver replacement, the plan is to implement a driver enhancement, assuring that the cars are far safer while still allowing the driver, if they so desire, to control the car.

The result should be the best of both worlds as Nvidia handles the advancements and over the air patch and upgrade experience tied to the technology, and Jaguar continues to assure the overall quality of the vehicle and driver experience. Both sides come together to do what each does best.

Cars remain unsafe, but by the 2026 model year (with cars shipping in 2025), Jaguar and Land Rover, with extensive help from Nvidia, will deliver the most advanced blend of driver excitement and safety ever to have entered the market.

We are anticipating the birth of the safest driver-focused vehicle ever to hit the road and it is only a handful of years away. Slated to cover all of Jaguar’s new Panthera electric vehicle line and new electric Land Rovers, as well, these new cars should reset the balance between safety and driving pleasure to redefine the safe-driving experience through the end of the decade.

While fully capable of self-driving, these cars will not lose their steering wheel but work to assure that drivers are fully protected to a degree never before seen, allowing us to still enjoy driving while avoiding most accidents. The automotive future is coming and will arrive in 2025.

Like many, my circle of friends has contracted over the last five years due to political differences. Often, we must work and collaborate with people with vastly different views, ideologies, and personalities whether we want to or not. Frequently, these efforts degrade into poorly coordinated situations where one person does all the work and the other complains about being left out. 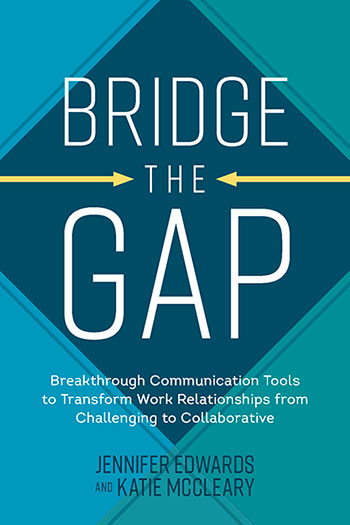 “Bridge the Gap” is a book by Jennifer Edwards and Katie McCleary that teaches us how to use what we know about how the brain works to create better collaborations, retain relationships, and make progress across diverse groups.

The book focuses mostly on your behavior because that is something you can change to make you a better collaborator, negotiator and even a better family member. It helps you focus on what you are feeling to know when you need to take a breath, listen more, and then strive for a more collaborative and less alienating result.

While some conflict will always be unavoidable, the skill set to reduce that discord and move the ball forward is invaluable. Learning the skills that Edwards and McCleary teach will make you a better boss, employee, parent or even teacher.

In short, if you can understand the communication problem, you can address it, and the authors teach you how to do both very effectively.

Finally, one of the unique benefits of this book is that it can teach you how to do a better keynote, one that engages the audience and keeps them interested, a talent that most keynote deliveries just do not seem to have.

Collaboration is critical both for work and at home. “Bridge the Gap” will improve your collaboration skills and, as such, it is my product of the week.

The opinions expressed in this article are those of the author and do not necessarily reflect the views of ECT News Network.

Mon Feb 21 , 2022
The average salary for a tech worker reached US$104,566 in 2021, yet nearly half still feel they’re underpaid. Forced to digitize operations and move to virtual work because of a worldwide pandemic, as well as address increased security concerns raised by those developments, organizations were hungry for tech talent in […] 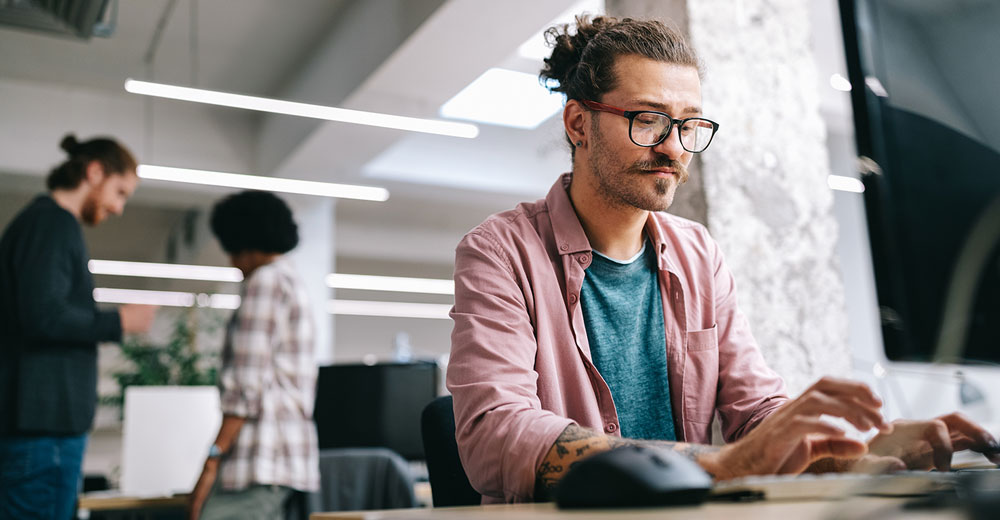