SAN ANTONIO – San Antonio’s technology industry is seemingly growing by the day. Port San Antonio is one of the local tech hubs and the area is set to unveil a new massive arena later this month.

KSAT 12 received an inside look at the new gaming facility and learned what it could mean to future careers in the Alamo City.

“We build the computers, we maintain them and we make sure everything’s running OK,” Kian Borrow, a South San Antonio High School student said.

Kian Borrow is a member of the South San esports team and visited the facility on Tuesday. The team has meant so much to him.

“It’s a way for me to connect with other people because I actually moved here a little after the beginning of the school year in October and, through the esports program, I was able to make connections and meet friends and just hope, like learn my place in the school,” Borrow said.

Looking at the technology, San Antonio Mayor Ron Niremberg on Tuesday said, “the port is back.”

“There’s no barrier of entry at this point. They have some of the best hardware that you know money can realistically buy, and they’re able to access it for a very nominal cost,” Sam Elizondo, director of LAN Gaming and Esports said.

The new gaming facility however, is not only about esports and video games. It could also create real pathways to careers and jobs in the city.

“The tech port brings opportunity for the entire city, but in particular, to our students and people around the South Side of San Antonio, who will now have access to an incredible facility along with just the huge number of jobs being created in this field, that are going to be fueling the economy of the future,” Niremberg said.

The high-tech computers are just the start, of what guests can expect in both the short and long-term future.

“There’s a tremendous amount of investment on this community, or in this community on this side of town, in this building to really help uplift and potentially change the landscape of San Antonio. And, this is kind of the first effort for that,” Elizondo said.

And as for Kian, he is already looking at his future.

“When I graduate I want to go into software engineering and hopefully go to a good school like Stanford or MIT and eventually just do something with that career,” Borrow said.

Copyright 2022 by KSAT – All rights reserved.

Wed Apr 13 , 2022
KATIE HAFNER: Hello Science Talk Audience / Hello 60-Second Science Listeners! I’m Katie Hafner, the host of Lost Women of Science. Each season is devoted to the life and work of one scientist who hasn’t gotten the recognition she deserves. We’re calling this season “A Grasshopper in Very Tall Grass,” […] 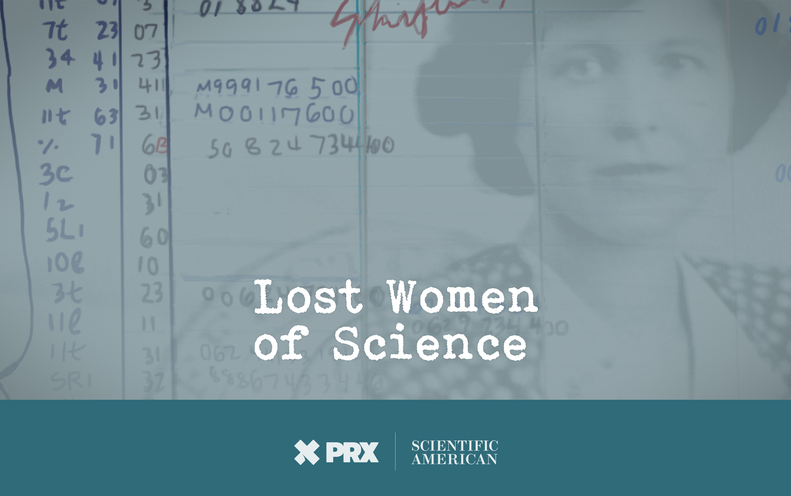