RT app is seen on a smartphone in front of RT and Sputnik logo in this illustration taken February 28, 2022. REUTERS/Dado Ruvic/Illustration

Tech companies in recent days have moved to restrict Russian state-controlled media including RT and Sputnik in response to requests from governments and calls to prevent the spread of Russia propaganda. Russia has called its actions in Ukraine a “special operation.”

Should Tech Stay or Go in Russia?

Thu Mar 3 , 2022
This article is part of the On Tech newsletter. Here is a collection of past columns. The international business community is getting out of Russia. Global tech companies including Google, Facebook and Apple remain mostly open for business there. After Russia’s invasion of Ukraine, energy giants announced plans to ditch […] 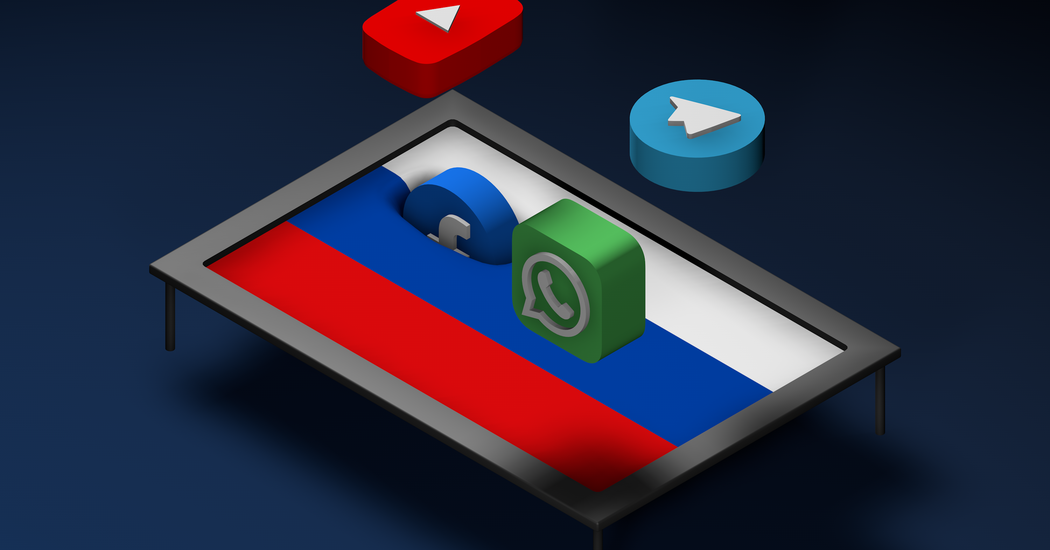