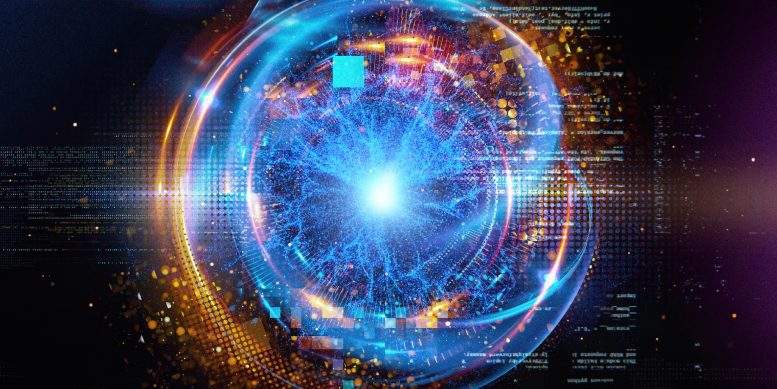 A group of scientists from the University of Chicago and Purdue University constructed a unique “fingerprint” of the noise on a quantum computer as it is seen by a program run on the computer.

For humans, background noise is generally just a minor irritant. But for quantum computers, which are very sensitive, it can be a death knell for computations. And because “noise” for a quantum computer increases as the computer is tasked with more complex calculations, it can quickly become a major obstacle.

But because quantum computers could be so incredibly useful, researchers have been experimenting with ways to get around the noise problem. Typically, they try to measure the noise in order to correct for it, with mixed success.

A group of scientists from the University of Chicago and Purdue University collaborated on a new technique: Instead of directly trying to measure the noise, they instead construct a unique “fingerprint” of the noise on a quantum computer as it is seen by a program run on the computer.

This approach, they say, shows promise for mitigating the noise problem—as well as suggesting ways that users could actually turn noise to their advantage.

“We wondered if there was a way to work with the noise, instead of against it,” said David Mazziotti, professor in the Department of Chemistry, James Franck Institute and the Chicago Quantum Exchange and a co-author on the study, which was published in Nature Communications Physics.

“We wondered if there was a way to work with the noise, instead of against it.”

Quantum computers are based on the laws of how particles behave at the atomic level. Down at that level, particles obey a set of very strange rules; they can be in two different states at once, or become ‘entangled’ across space. Scientists hope to harness these abilities as the basis for computers.

In particular, many scientists want to use quantum computers to better understand the rules of the natural world, because molecules operate according to the laws of quantum mechanics—which should theoretically be easier to simulate using a quantum computer.

But despite significant advances in quantum computing technology over the past decade, computational ability has lagged behind scientists’ hopes. Many had assumed that increasing the number of computer bits—“qubits,” for quantum computers—would help alleviate the noise problem, but since noise limits accuracy, scientists still haven’t been able to perform many of the computations they would like. 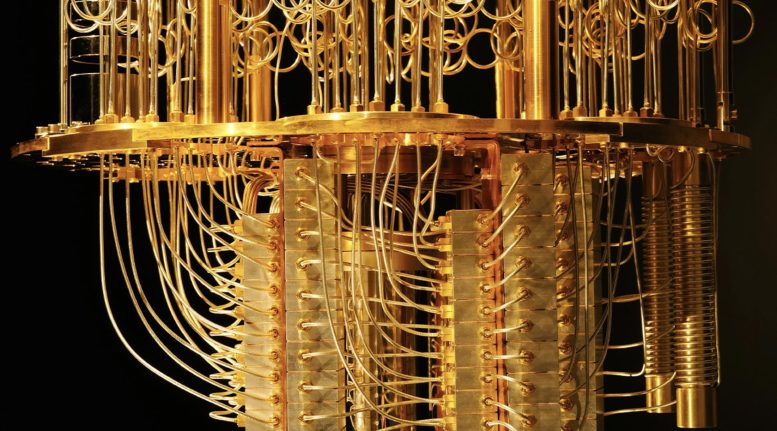 Quantum computers could be powerful and useful, but researchers still struggle with calculations being distorted by “background noise.” A simulation run on IBM’s quantum computer may help scientists better understand this noise, how to address it, and even how to use it to advantage. Credit: Graham Carlow/IBM

“We thought it might be time for a fresh approach,” said co-author Sabre Kais, professor of physics and chemistry at Purdue University.

To date, scientists have tried to understand the effect of noise by directly measuring the noise in each qubit. But cataloging such discrete changes is difficult, and, the group thought, perhaps not always the most efficient route.

“Quite often in physics, it is actually easier to understand the overall behavior of a system than to know what each part is doing,” said co-author Zixuan Hu, a postdoctoral researcher at Purdue. “For example, it is hard to simulate what each molecule in a glass of water is doing, but it is much easier to predict the behavior of the whole.”

So instead of trying to precisely measure the actual noise, the scientists decided to run a test to get a sense of the overall noise that quantum computers experience.

They picked a particular computation of a molecule displaying quantum behavior, and ran it as a simulation on a quantum computer. Then they tweaked the settings on the problem in several different directions, and kept track of how the noise responded. “By putting this all together, we build a ‘fingerprint’ of the noise as perceived by the simulation that we’re running,” said Mazziotti.

“It is hard to simulate what each molecule in a glass of water is doing, but it is much easier to predict the behavior of the whole.”

Hu explained that running a computation of a molecule that is already well known helped them tease out the specific effects of the noise.

“We know very little about quantum computers and noise, but we know really well how this molecule behaves when excited,” said Hu. “So we use quantum computers, which we don’t know much about, to mimic a molecule which we are familiar with, and we see how it behaves. With those familiar patterns we can draw some understanding.”

This operation gives a more ‘bird’s-eye’ view of the noise that quantum computers simulate, said Scott Smart, a Ph.D. student at the University of Chicago and first author on the paper.

The authors hope this information can help researchers as they think about how to design new ways to correct for noise. It could even suggest ways that noise could be useful, Mazziotti said.

For example, if you’re trying to simulate a quantum system such as a molecule in the real world, you know it will be experiencing noise—because noise exists in the real world. Under the previous approach, you use computational power to add a simulation of that noise.

The authors believe this unique approach to the noise problem is helpful as researchers continue to explore the young field of quantum computing.

“We’re still not even sure what kinds of problems for which quantum computers will be most useful,” Mazziotti said. “We hope this will provide a different way to think about noise that will open up new avenues for simulating molecules with quantum devices.”

Funding: U.S. Department of Energy’s Office of Basic Energy Sciences, National Science Foundation. We acknowledge the use of IBM Quantum services for this work.

Should Software - Application Stock ZoomInfo Technologies Inc (ZI) Be in Your Portfolio Tuesday? 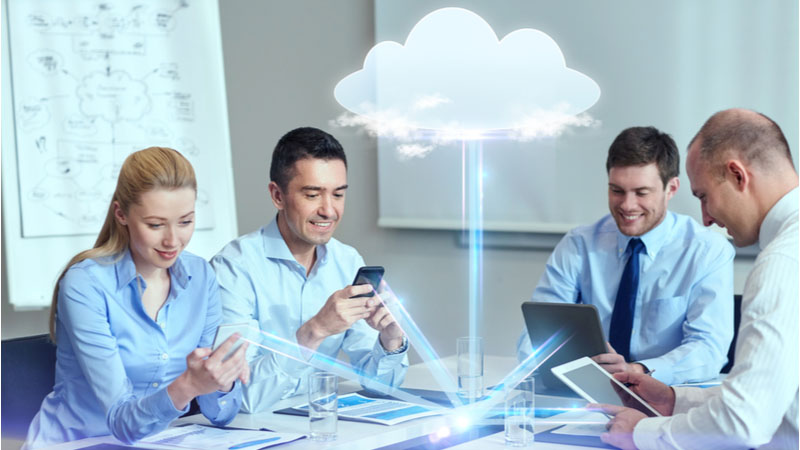