WASHINGTON — The Senate approved a sweeping package Wednesday to boost domestic production of computer chips and help the U.S. stay competitive with China.

The 64-33 vote was a rare bipartisan victory a little more than three months before the crucial November midterms; 17 Republicans joined all Democratic-voting senators in voting yes. The package, known as “CHIPS-plus,” now heads to the House, which is expected to pass it by the end of the week and send it to President Joe Biden for his signature.

“Are we on the brink of another generation of American ingenuity, of American discovery, of American leadership? By passing our chips and science bill today, the Senate says, ‘Yes, we are,’ and in a loud bipartisan voice,” Senate Majority Leader Chuck Schumer, D-N.Y., said on the floor before the vote.

“Today, by approving one of the largest investments in science, technology and manufacturing in decades — in decades — we say that America’s best years are yet to come.”

The centerpiece of the package is more than $50 billion in subsidies for domestic semiconductor manufacturing and research.

Supporters on Capitol Hill, as well as key members of Biden’s Cabinet, have argued that making microchips at home — rather than relying on chipmakers in China, Taiwan and elsewhere — is critical to U.S. national security, especially when it comes to chips used for weapons and military equipment.

The package also includes tens of billions of dollars more in authorizations for science and research programs, as well as for regional technology hubs around the country.

The Congressional Budget Office said CHIPS-plus would cost nearly $80 billion over the next decade.

The final chips bill is a slimmed-down version of a much broader China competitiveness package that House and Senate lawmakers had been negotiating. Earlier, the Senate passed its bill, known as USICA, while the House passed its own version, the America COMPETES Act. But lawmakers couldn’t resolve their differences, and leading Democrats decided to switch their strategy and scale back the legislation.

In recent weeks, Commerce Secretary Gina Raimondo and Deputy Defense Secretary Kathleen Hicks had been making the rounds on Capitol Hill, pushing for a narrower chips-focused bill and arguing that failing to act by the summer recess would put America’s national security at risk.

The coronavirus pandemic and related supply-chain issues led to a chip shortage in the U.S., affecting many businesses, including car manufacturers and makers of smartphones and household electronics. Raimondo said 90% of the world’s most advanced chips are manufactured in Taiwan, which is facing threats from China.

“The purpose of all of these monies is to have more chips made in America,” Raimondo said in a recent appearance on CNBC. “The national security vulnerability here … is nearly unique in the fact that we are so dependent on Taiwan and this is a product so necessary for innovation and military equipment.”

The bill’s passage marked the second time this summer that Senate Democrats and Republicans have come together to pass major bipartisan legislation as national attention turns to the midterm elections.

In June, the Senate passed the most sweeping bill designed to prevent gun violence in decades in the wake of mass shootings at a grocery store in Buffalo, New York, and an elementary school in Uvalde, Texas. This week, lawmakers responded to an economic crisis: the chips shortage, which they said has contributed to rising inflation.

After the vote, a group of senators from both parties stood together at a news conference and took a victory lap.

“I’ve been struck not just by the substance of this legislation, but during this time of tribalistic politics and a lot of cynicism, frankly, about our federal government,” said Sen. Todd Young of Indiana, a top GOP negotiator.

“I think we should underscore the importance of this moment for the institution of the United States Senate or broadly of the Congress and our federal government,” he said. “We can do hard things. We can do really important things amidst all the Sturm und Drang.”

Still, more than 30 Republicans voted no, including Sens. Ted Cruz of Texas, Josh Hawley of Missouri, Tim Scott of South Carolina and some other rumored 2024 candidates.

Sen. Bernie Sanders, an independent from Vermont who caucuses with Democrats, also voted no, railing against the bill as “massive corporate welfare” for the semiconductor industry.

“All of that profound and serious concerns about the deficit fades away when it comes to providing a $76 billion blank check for the highly profitable microchip industry, with no protections at all for the American taxpayer,” Sanders said on the Senate floor.

Sat Jul 30 , 2022
Software engineers love to write code. Give a software engineer a tool that writes the code for them, and they will come up with a million reasons why they should hand code the application instead. While hand-coded software can be more readable and elegant and meet the company’s coding standard, developing the […] 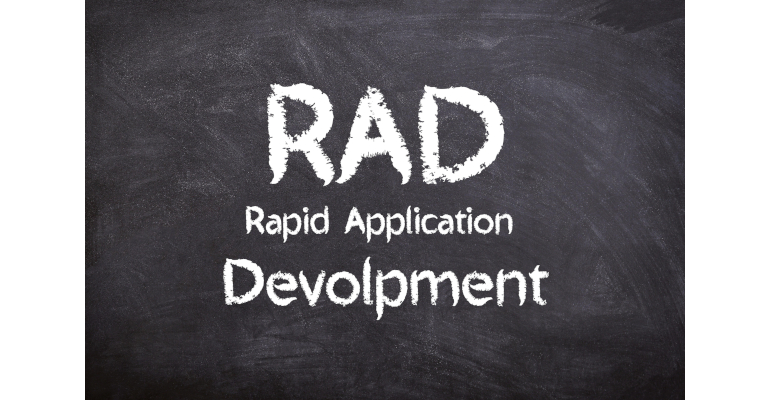