Smartphones under Rs. 30,000,, the mid-range segment, is mostly made up of a combo of good specs and value-for-money offerings. Some come with the best cameras, others offer terrific performance at a reasonable price, while a few can be considered as all-rounders to take care of all your daily needs. However, with the constant launches of smartphones, it becomes difficult to choose the best option for yourself. If you are looking for a smartphone and have a limited budget of Rs. 30,000, then here is a quick guide for you that can help you choose the best smartphone for yourself. From the latest Oppo Reno 8, Redmi K50i to the speedy charging formula of Xiaomi 11i Hypercharge, check Smartphones under Rs. 30,000 that you can buy now.

Oppo Reno 8 recently made its debut in India. It packs the powerful MediaTek Dimensity 1300 chipset along with a 4500mAh battery. It has an in-display fingerprint scanner as well as 80W Supervooc charging support. The Reno 8 features a 6.43-inch Full HD+ AMOLED display with a 90Hz refresh rate. Priced at Rs. 29,999 for 128GB storage variant on Flipkart, it brings the photography experience with its 50MP led triple camera setup, while for selfies, it has a 32MP front camera.

Redmi introduced its smoker K-series smartphone in India after a gap of three years, and that too with MediaTek Dimensity 8100 at just Rs. 25,999! This is the same processor that we have seen in some upper-mid-range smartphones such as Realme GT Neo 3 or even the Pro version of the Reno 8 series. It also packs a 5080mAh powerful battery with a 67W fast charging option.

Gaming phone? No, it is more than just a gaming phone! Powered by Snapdragon 870 processor, the smartphone offers great gaming experience as well as decent camera performance with its triple camera setup of 64MP primary lens and a 4700mAh battery with 80W fast charging option. It is priced at Rs. 29,999.

Poco F4 comes with almost the same specs as iQOO Neo 6 but at a starting price of Rs. 27,999. However, here you will get a 4500mAh battery with a 67W charging option. Besides that, it packs the same Qualcomm Snapdragon 870 5G chipset, triple camera setup of 64MP main, 8MP wide-angle, and a 2MP macro shooter. It features a 6.67-inch E4 AMOLED with a 120Hz refresh rate.

Launched earlier this year, the Xiaomi 11i Hypercharge is still one of the interesting smartphones under Rs. 30,000 with its 120W fast charging option. However, you will get the performance of MediaTek Dimensity 920 and 4500mAh battery. It features a 6.67-inch FHD+ AMOLED display with 120Hz refresh rate. It is priced at Rs. Rs. 26,999.

Sun Jul 31 , 2022
On Saturday, a church in Alexandria, Virginia, gave away thousands of computer tablets to help young students in need prepare for the upcoming school year. On Saturday, Alfred Street Baptist Church in Alexandria, Virginia, gave away hundreds of computer tablets and other back-to-school items to local families in need. WTOP/Luke […] 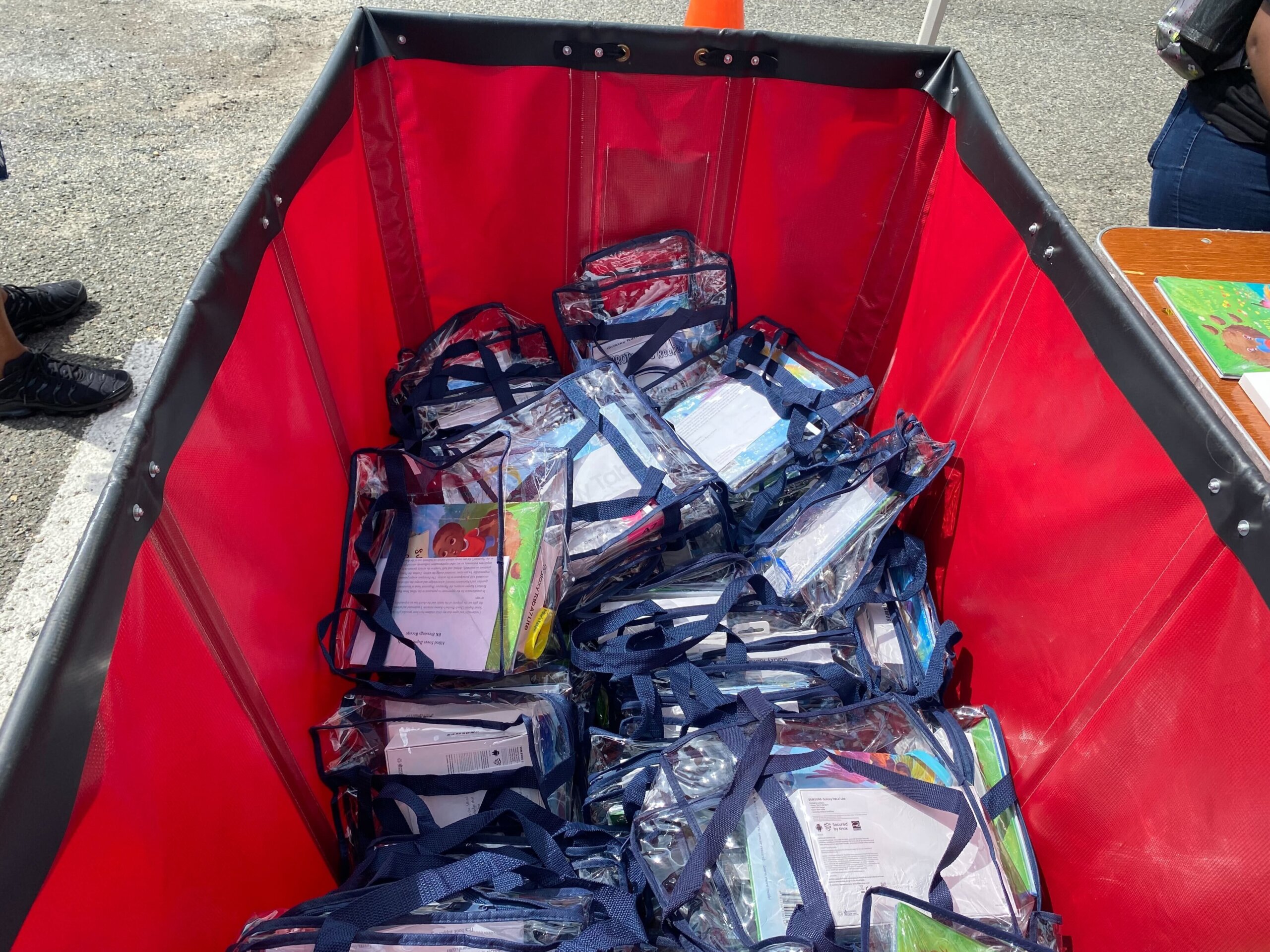