As top tech companies prepare to release their quarterly earnings reports starting next week, investors are bracing for bad news.

Several US tech companies have announced hiring slowdowns and layoffs in recent weeks, and the difficulties are expected to continue. “It’s not a great time for tech in general,” said Paul Verna, an analyst at Insider Intelligence, a market analysis firm. “There is no question that companies are going to be spending less, cutting back budgets, and maybe implementing hiring freezes. None of that is good news for the next quarter.”

Netflix, Meta, Google, Twitter and Tesla all have earnings calls scheduled in the next weeks. The reports will come amid growing fears of a recession as inflation continues to rise. On Wednesday, the US Labor Department released new data that showed the consumer price index rose 9.1% in June from the same month a year earlier, marking the largest gain since 1981.

The rising rates will probably bolster plans from the Federal Reserve to raise interest rates, which could further spook investors afraid of a slowing economic expansion, said Haris Anwar, senior analyst at Investing.com.

“The US economy will slip into a recession in the next 12 months if the Fed continues to hike interest rates,” he said. “That’s the main reason we’re seeing a huge sell-off in high-growth stocks as investors move their funds to the areas of the market which are relatively safe.”

Those high-growth stocks include many in the tech industry. Some investors have forecasted a difficult earnings season, with researchers at Factset anticipating a growth rate of 4.3% in the wider S&P Index – the lowest figure since the last quarter of 2020.

The sector has been struggling for months. In April, Amazon executive Jeff Bezos issued a stark warning that the tech boom experienced during the pandemic would soon be coming to an end.

Apple earlier in 2022 lost its status as the most valuable company in the world, contributing to a drop of 13% in the larger Nasdaq Composite in April – a drop of more than 30% from record highs the previous year.

Meanwhile, many large tech firms have announced hiring slowdowns or cuts. Alphabet, the parent company of Google, said in a staff memo in June it would be “slowing the pace of hiring” into 2023. Spotify is cutting hiring plans by 25%, according to Bloomberg.

The cryptocurrency exchange platform Coinbase announced in June it would lay off about 18% of its workforce, citing an approaching recession. Tesla on 3 June informed workers it plans to lay off 10% of its workforce, and on Tuesday said it would close its San Mateo office and cut 229 jobs there.

“If I had to bet, I’d say that this might be one of the worst downturns that we’ve seen in recent history,” Meta CEO Mark Zuckerberg told employees during a weekly Q&A session that was recorded and heard by Reuters. Meta plans to slash hiring plans for engineers by at least 30%, according to Reuters.

Investors will be keeping a close eye on Meta’s earnings, which will be reported on 27 July, to see if there has been any meaningful recovery from the company’s disastrous reports of late 2021 and early 2022. The company lost a record $230bn in market value amid a rebrand and shake-ups to its business model.

Meta announced in 2021 a shift in its business from social media to artificial and virtual reality. Zuckerberg also previously warned that Apple’s new privacy rules would have a negative impact on the company’s advertising revenue.

“Meta is in a period of transition right now as a company,” said Mike Proulx, a researcher at the market advisory firm Forrester. He added the company is also struggling to retain users, particularly younger demographics, as they migrate in large numbers to competitors like TikTok.

“Meta has a Gen Z problem, so the company needs to drive usage of new products like Reels and find a way to monetize it,” he said. “That is a long term play.”

However, analysts have cautioned that the current slump represents a slowdown from runaway growth in previous years, and not necessarily a crash.

In the unfolding of the global Covid-19 pandemic, tech companies like Peloton, Zoom and Netflix saw meteoric growth as more people relied on technology to work and live online.

That growth is abruptly coming to a close: Netflix, which added more than 36 million subscribers during the first year of the pandemic, lost more than half its value since reporting disappointing results on 19 April and said in May it would cut about 150 jobs.

“The streaming space is finding that there is more consumer choice than ever, and consumers will follow where the best content is,” Proulx said. “As more and more subscription services emerge, something has got to give.”

Not all members of the tech sector have been equally affected by the downturn, said Anwar. While Meta, Netflix and others struggle, companies like Microsoft and Apple are more stable.

“That said, no tech company is immune from pressures coming from rising interest rates, slowing economic growth and soaring inflation,” he said. “Their earnings will show some impact of these economic headwinds.”

Tue Jul 19 , 2022
Canadian telecom Rogers is suffering a major outage affecting landline phones, cellular connections, and internet connectivity throughout Canada that started early this morning. Downdetector listed thousands of reports for the issues that flooded in as people started to get up around 5AM ET and couldn’t get online. Rogers first addressed […] 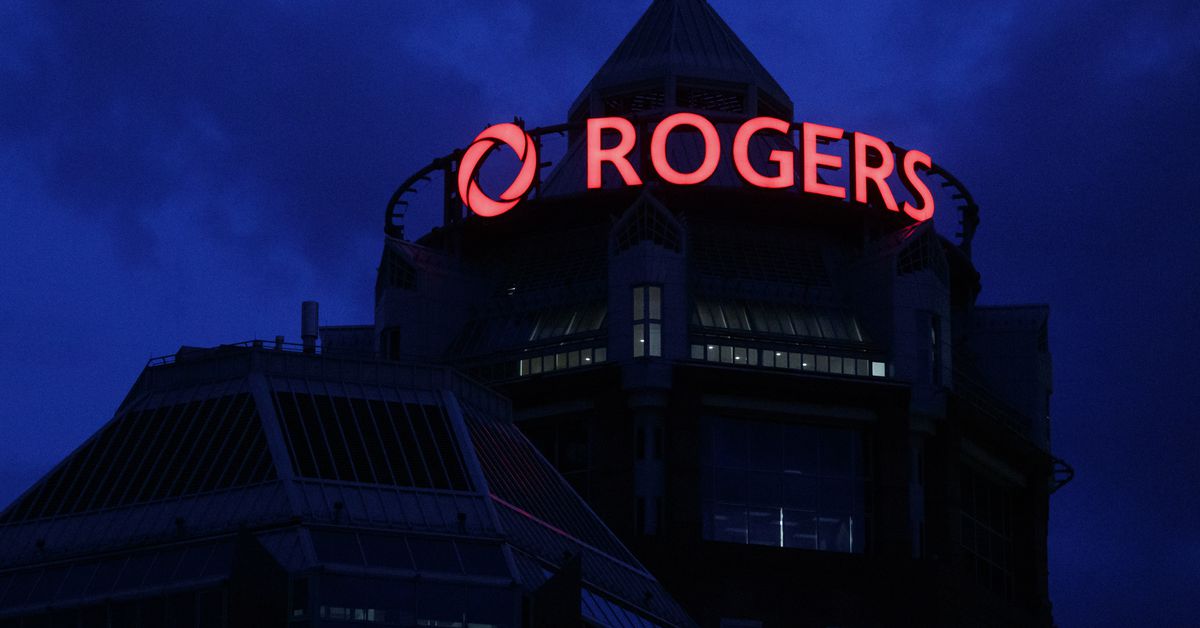