The first few months of the year are generally slow for PC news, but not in February 2022. We saw an Nvidia hack that we’re still discovering the scope of, a blatant cash grab from Best Buy to capitalize on the GPU shortage, and the mixed reception of Valve’s Steam Deck.

And those are just three of the stories last month brought. We rounded up all of the biggest PC news from February to get you up to speed on what’s happening in the worlds of Apple, laptops, PC gaming, graphics cards, and much more.

We always see light jabs from Intel, AMD, and Nvidia at their competitor — whoever that is at the time — but never one company outright pointing the finger. Early on the month, Intel put AMD on the spot, claiming that nearly half of the GPU bugs it discovered in 2021 came from AMD chips.

That doesn’t mean AMD chips are buggy. Intel discovered 51 vulnerabilities, 23 of which came from AMD components. It seems most of the issue was focused around the Radeon RX Vega M graphics chip inside Intel Kaby Lake-G CPUs, like the one on the Dell XPS 15 2-in-1. In fairness to AMD, these are still bugs on Intel processors, so we’re not going to shame Team Red.

Best Buy was unmasked as a villain of the GPU shortage last month for locking new graphics cards behind a $200 paywall. As is typical, Best Buy restocked Nvidia RTX 30-series graphics cards around the middle of the month. This time around, though, Best Buy restricted the sale to members of its $200-per-year Totaltech program.

The subscription offers a bunch of perks — 24/7 GeekSquad support, two-day shipping, etc. — but let’s be honest: GPU buyers are picking up a membership for a graphics card. To make matters worse, Best Buy has an exclusive partnership to sell Nvidia’s RTX 30-series Founder’s Edition cards at list price. We see you, Best Buy.

The Steam Deck arrived at the end of the month, kind of. Keeping to its promise, Valve shipped out the first batch of its new handhelds on February 25, though the lion’s share of pre-orders are still in shipping limbo. Reviews have been generally positive, especially in terms of performance, but the Steam Deck still has a number of worrying issues.

Even games on the Steam Deck’s verified list have some problems, and getting Windows working is a pipe dream for even the most committed homebrewers. It looks like this first attempt is enough to build on, though. Valve is already teasing features of a Steam Deck 2, and the company is constantly posting updates for games not working on the device.

Apartment internet is about to get a lot better

The Federal Communications Commission (FCC) did something about internet service providers (ISPs), at least in spirit. The institution voted unanimously to pass a new rule in February that bans ISPs and landlords from entering into exclusive contracts in multitenant housing. Ever wonder why you could only get internet from one ISP in your apartment? Blame those contracts.

The FCC says this should open up broadband options in apartment complexes, but there are skeptics. Landlords are still free to enter into agreements and push one ISP over another; they just have to be clear that there are other options. It’s not a full win, but it’s a step in the right direction for an area that’s been largely ignored for nearly two decades.

But wait: The story gets crazier. Nvidia hit the group back with a ransomware attack and successfully encrypted all of the stolen data. The hacking group had a backup, of course, but it was a valiant effort. This story is just getting started, so we’ll probably have a lot more reveals during March.

Apple is rumored to be holding a spring event in March, keeping with the trend of a Mac-focused event in either March or April. The key talking point according to the rumor mill: A new Apple M2 processor. There’s no shortage of Apple rumors each month, but M2 news has hit a fever pitch, with Bloomberg’s Mark Gurman confirming the rumors.

Digital Trends’ senior computing editor, Luke Larsen, says that an M2 MacBook Pro is a bad idea if it follows in the footsteps of the M1. It might be a bad idea in general, as leaked benchmarks show only a marginal improvement over Apple’s M1 family of processors. We’ll just have to wait and see.

AMD and Intel are already getting ahead of the competition that the Apple M2 will inevitably pose. Both companies announced new mobile processors in February, with the first laptops with the new chips arriving in March. Intel filled out its 12th-gen portfolio with P- and U-series processors, which the company says can rival the Apple M1 Pro. We’ve already seen the high-powered H-series processors in action, and they’re seriously impressive.

In the other camp, AMD put out its Ryzen 6000 processors. The CPU itself looks like a generational, unexciting, improvement. But AMD is talking up the graphics a lot. The new chips use the RDNA 2 architecture inside RX 6000 graphics cards, which AMD says can go toe-to-toe with some discrete GPUs.

Graphics cards get much cheaper

Good news for hopeful graphics card searchers: Cards about about to get a lot cheaper. In February, GPU prices fell by around 11%, which is an encouraging sign at a time when prices have continued to rise. Leakers say a dramatic fall in price is coming in March, too, which could bring cards back down to list price.

Will graphics cards get cheaper? We’ll have to wait and see. If anything’s for sure, it’s that AMD and Nvidia will release new graphics cards later in the year, which should drop prices of last-gen cards by a lot.

Rounding out our list of PC news for February is a $2,100 motherboard. That’s not an extra zero — the new MSI MEG Z690 Godlike is a motherboard that costs more than most gaming PCs. You probably can’t get one, though. MSI says the Z690 Godlike has extremely limited availability, with only a few hundred boards available for the United States.

We can still collectively salivate over it. The Z690 Godlike includes a 3.5-inch LCD display directly on the board that users can customize however they see fit, and you can even disconnect it and use it separate from the motherboard. The board comes with insane connectivity, too, including 10 Gigabit Ethernet, two Thunderbolt 4 slots, and USB 4.0 support.

We can only dream.

What types of graphics cards are great for the new 2022 games and online casinos?

Sat Mar 5 , 2022
A graphics card is one of the most important components required to play high-end games. Online games have become more challenging and graphics-intensive today. To enjoy the best gaming experience in online Casinos, your PC must be equipped with a highly efficient graphic card.  Graphics cards may be small, but […] 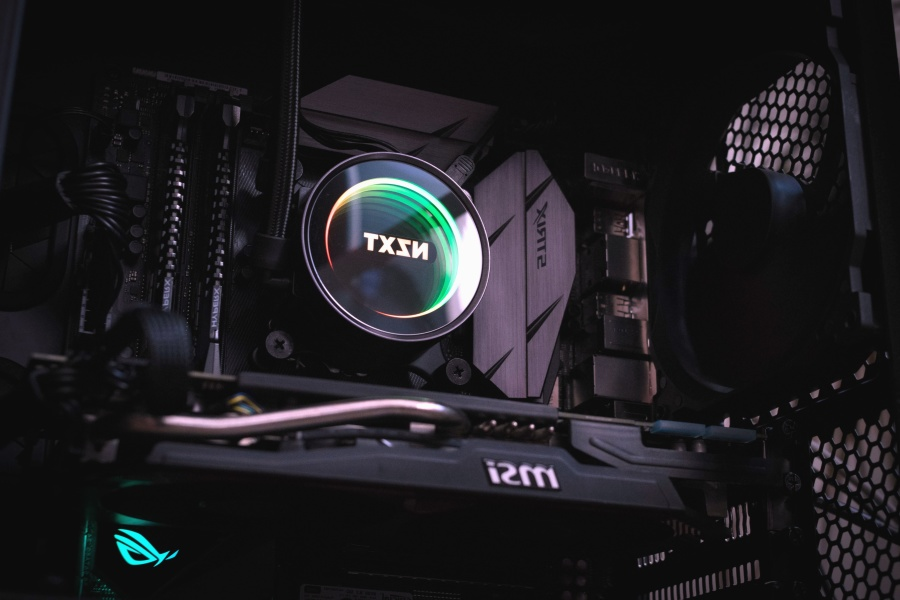