A group of technology journalists have turned from reporting about Ukraine’s IT sector to helping their readers survive amid the violent Russian invasion.

Ukraine-based journalists at media business website MC.today, IT publication ITC.ua and developer website Highload are now providing vital information to readers including advice on how to hide from bombs, escape a gunfight, survive an explosive blast, and choosing the safest bomb shelter, according to Vera Chernysh, founder of Creators Media Group, the parent company of all three websites.

The 40 journalists have launched a fundraising page to enable them to continue to report in the harshest of conditions. You can contribute to the cause here.

“We had a beautiful dream: to inspire Ukrainians to believe in themselves, to do more, and to turn Ukraine into a prosperous country,” she said. “On 24 February, Russia and its president Putin decided to deprive us of this dream. He sent military troops to our cities. Launched rockets at our houses.

“Instead of tech news, we started to tell our readers about the war. We’ve put all our effort into helping our readers survive here and now.”

There are 200,000 IT professionals in Ukraine and the IT sector will play a key role when the county emerges from the war.

Media for Creators said it would spend the money raised on salaries for its team, technical support for its websites, and help for those who had relocated to different countries to escape the war.

Chernysh said: “In our country there is no safe place and still our journalists keep on working from bomb shelters, from villages in the middle of nowhere, and from other countries where they had to escape from the atrocities of this war.

“Before the war, the bulk of the income of Creators Media Group came from selling advertising to local and international companies operating on the Ukrainian market. The day the war started, the Ukrainian advertising market shrank to zero. The media group lost its main income source almost in an instant. During the war, local businesses don’t need advertising, since most of them have stopped operations altogether.”

She added: “I don’t want to shut down my publications. My obligation is to go on supporting my journalists and their families. And keep our media working for our readers. Please help me do it.”

Pavel Chyikin, tech journalist at ITC.ua, said: “I never thought I would hear rocket explosions, or that my five-year-old son would hear them. It’s very scary. The feeling of safety disappears instantly, and only the fear remains – for relatives and friends, for your own life.”

Anastasia Simonova, an editor at MC Today, said: On the first three days of the war, I wanted to wake up in the past and understand that it was some kind of a terrible dream. Even my eight-year-old son keeps on asking to be pinched and told that there is no war.”

Watch a video on the plight of Media for Creators here.

You can contribute to the cause here.

Fri Mar 18 , 2022
UK-based prepress company Hamillroad Software has announced the appointment of Hans Hjort as senior application specialist. With over 20 years of industry experience, Hans Hjort, based in Sweden, started his career as a prepress operator at Miller Graphics Scandinavia and has enjoyed success in a range of senior roles across […] 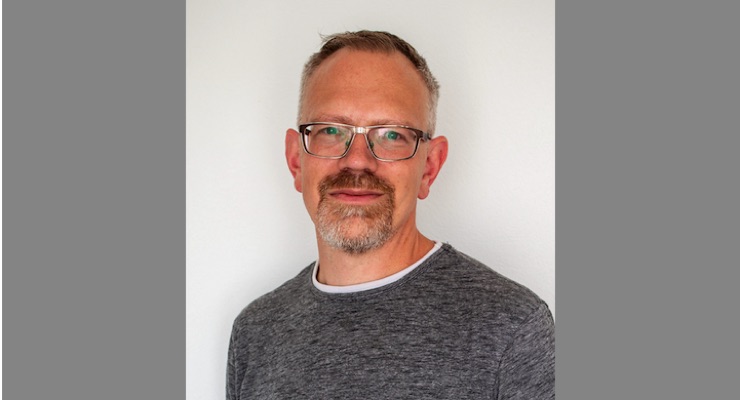