The owner of the Wilmington computer store that serviced Hunter Biden’s laptop before turning it over to authorities spoke out Friday after several mainstream media outlets verified the contents of the laptop.

John Paul Mac Isaac, the owner of what was “The Mac Shop” in Trolley Square, told Fox News his life was turned upside down after the public found out he had given the contents of the laptop to the FBI and former New York City Mayor Rudolph Giuliani.

“Once the story was out and my name was leaked to the public, it had been a matter of at first running and hiding. Now it’s trying to just rebuild my life and then do it in a manner that’s not restricted by public opinion of me being involved in some Russian disinformation campaign,” he said.

At first, there was minimal effect on his business, Mac Isaac told “Hannity,” adding eventually customers began to wonder why there was law enforcement in and around the shop.

Mac Isaac previously told the New York Post that Wilmington authorities kept watch outside the shop for his own safety at one point.

“[T]hey didn’t understand the police presence or why there were feces and rotten vegetables thrown at the shop. So eventually it got out and people stopped coming in for service,” he said.

“People started coming in without computers, and I can only imagine that they were there to do me harm,” he said, adding he closed the shop before Election Day.

Mac Isaac told Hannity that when servicing the laptop, he recognized the national security implications of its content.

“The national security ramifications alone were disturbing. And I felt that this was definitely something that had to be taken to the FBI,” Mac Isaac said. 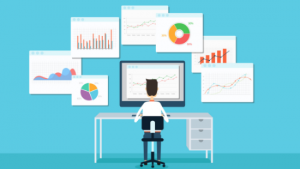